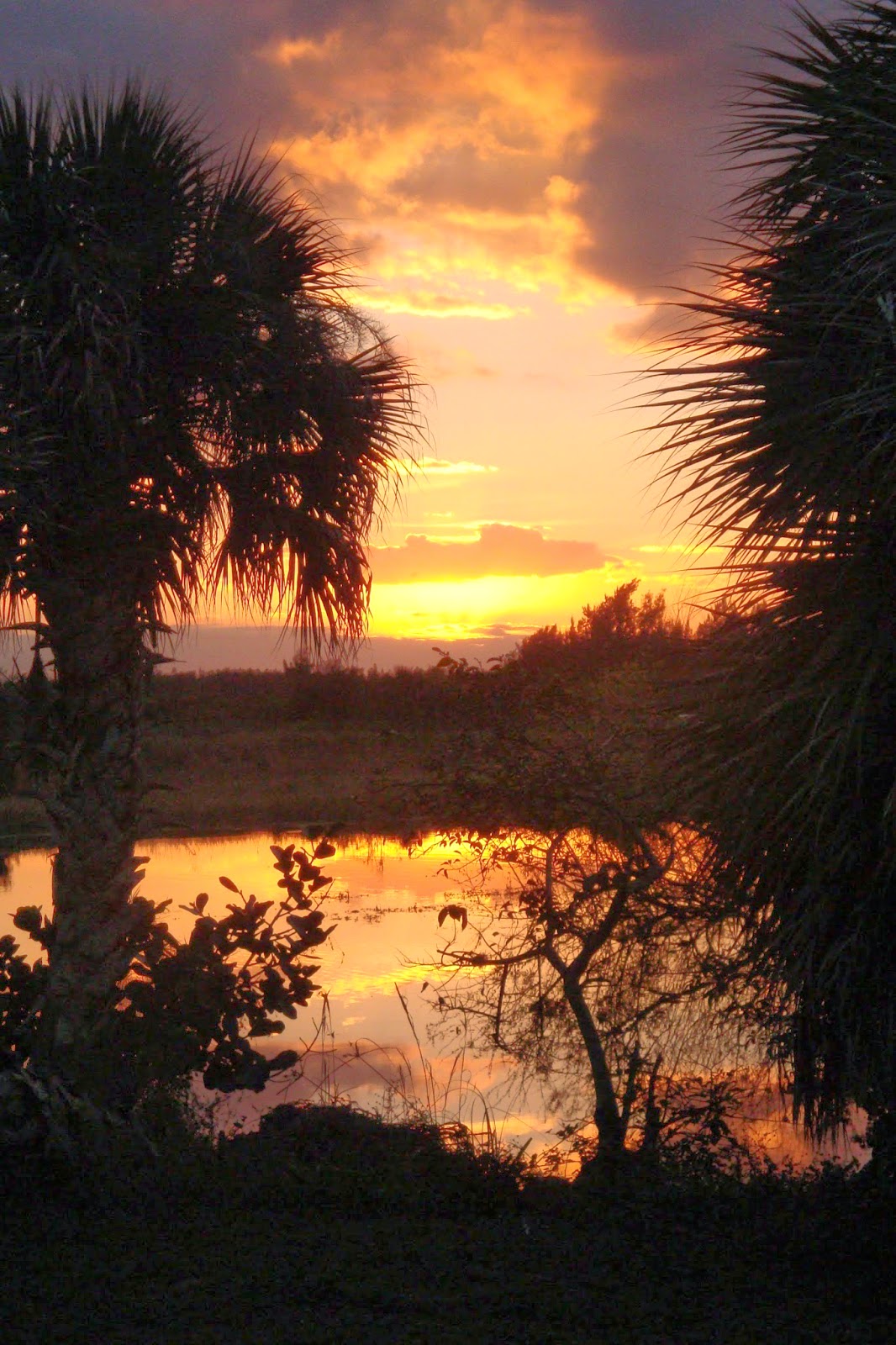 It is early April, Lucie and I are in the Texas Hill Country just north of Austin.  Tomorrow we start making serious headway north to return to Vermont for the summer.  Back around New Years I made a resolution to keep up with these blog posts, a resolution that I have not been very good at keeping!  Today, though, because it is raining and we have some quiet time around the RV I will go back and do some catching up.

This blog post is a recap of our journey out of Florida.  This all took place during the last week of January and the first two weeks of February 2014. 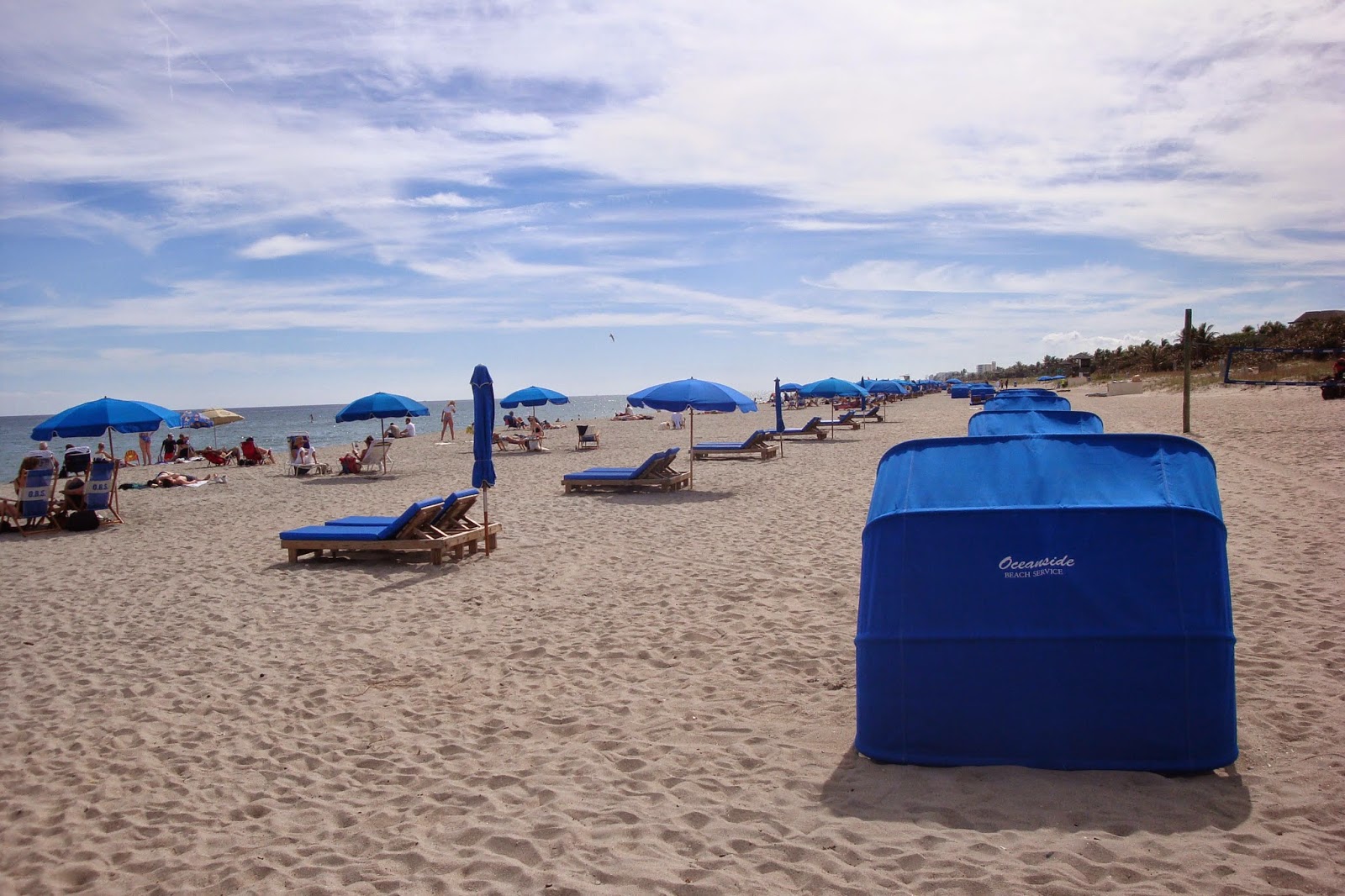 We bid the urban Eastern Coast of Florida goodbye amid reports of "Arctic Vortexes" freezing the rest of the country.

On our way north to Orlando we stopped and filled the propane tank on the RV while questioning the wisdom of leaving the 80 degree weather in Lake Worth. 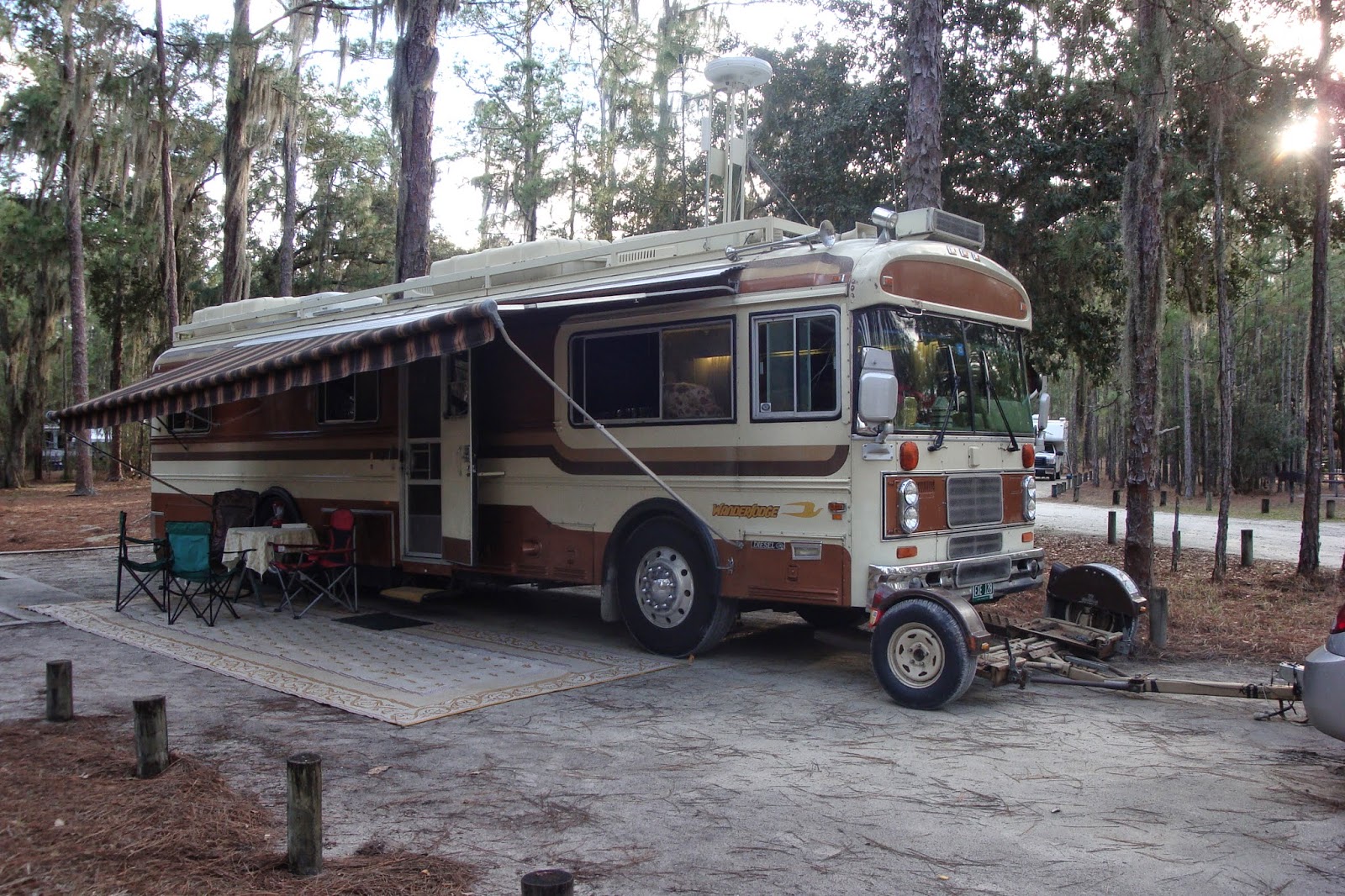 While we were driving from Lake Worth to Orlando Lucie researched county campgrounds in the Orlando area and discovered Moss Park Campground where we were delighted to find large private campsites scattered throughout a pine and oak forest.  We were only about 15 minutes from the Orlando Convention Center where we were signed up to attend FETC, the Florida Educational Technology Conference for 3 days. 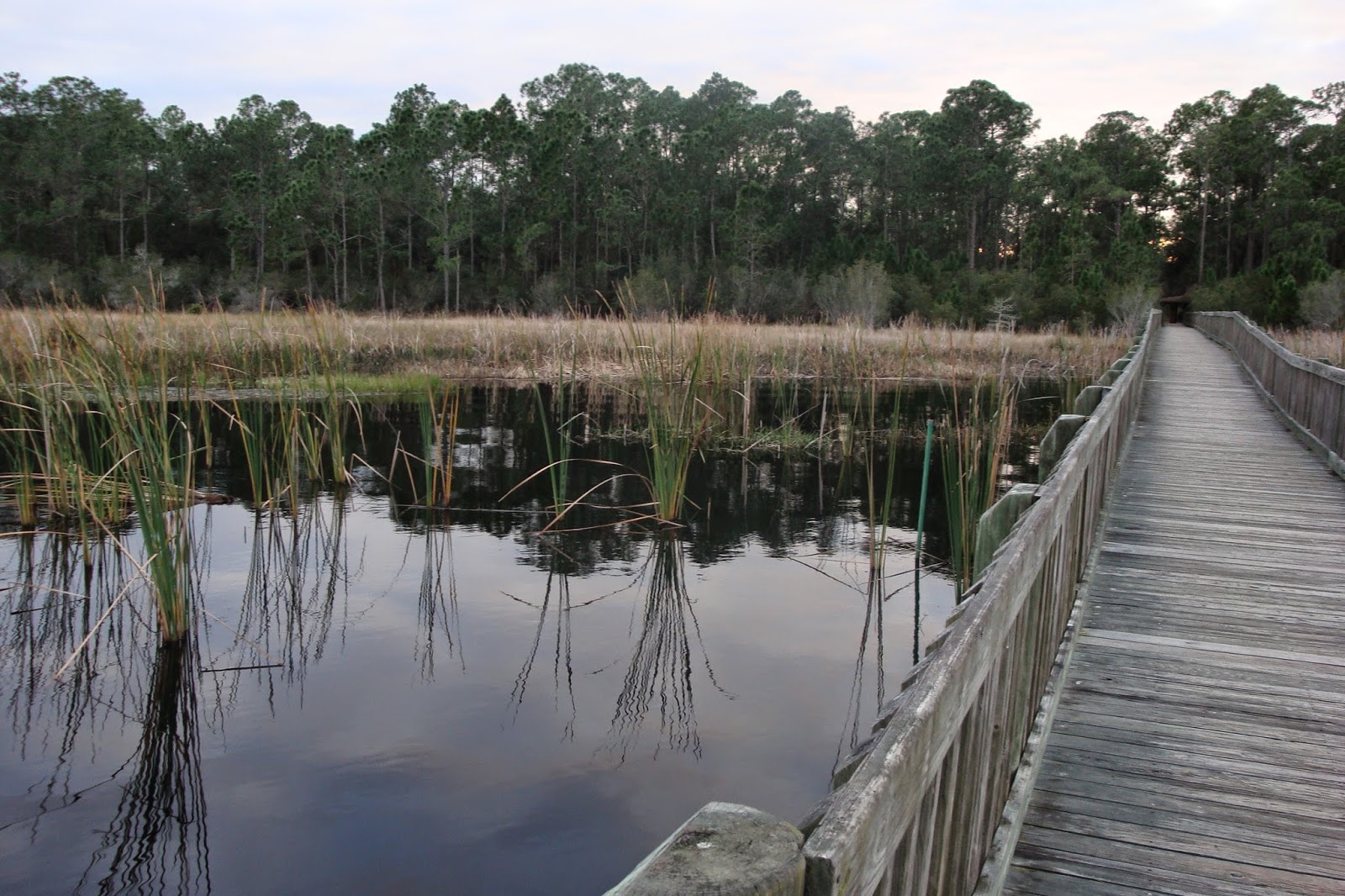 Lucie started the conference with a full day of workshops, which gave me a day at camp where I explored the park and tinkered on our Verizon data connection which we were dependent upon because there was no campground WiFi. 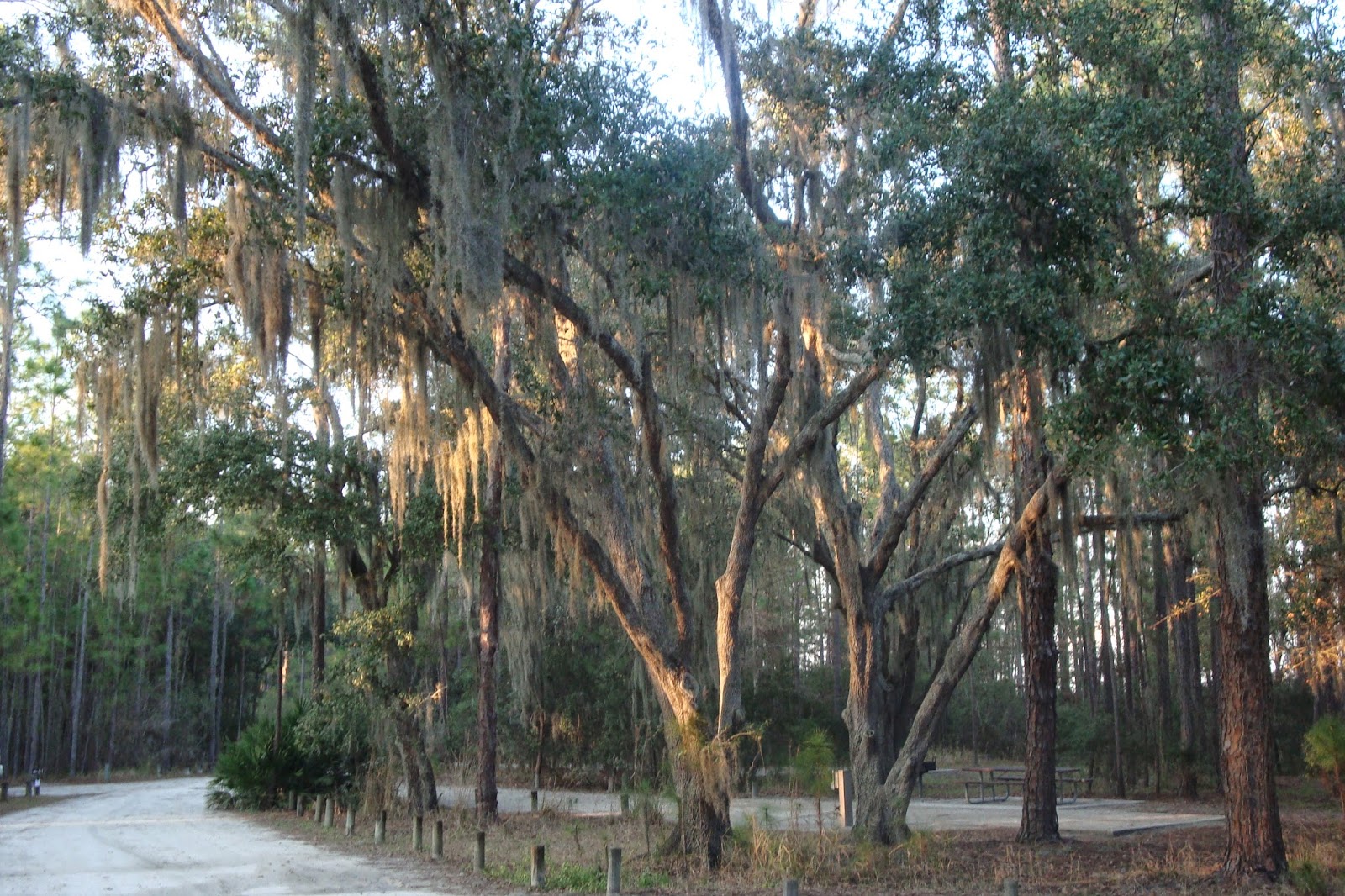 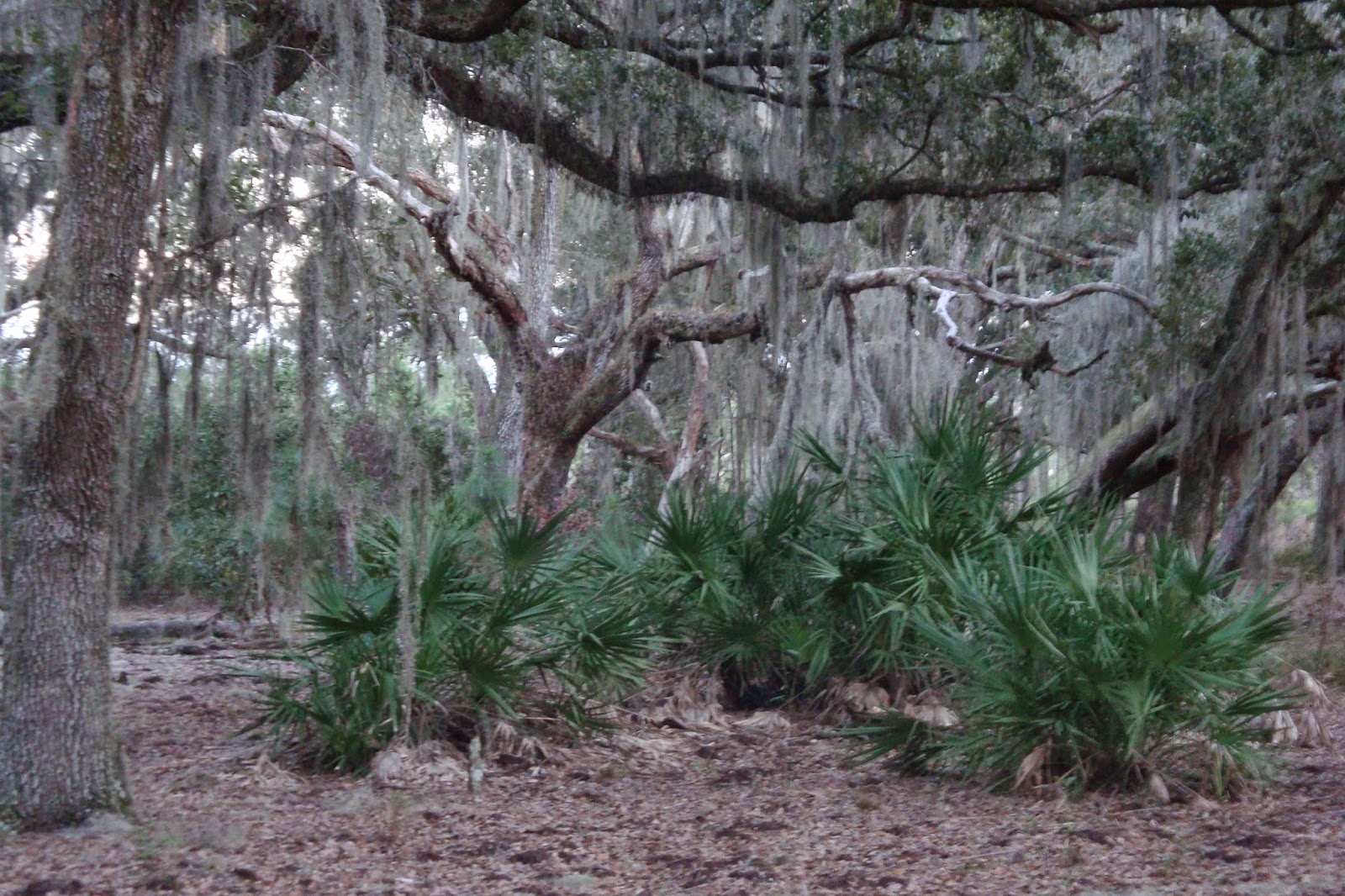 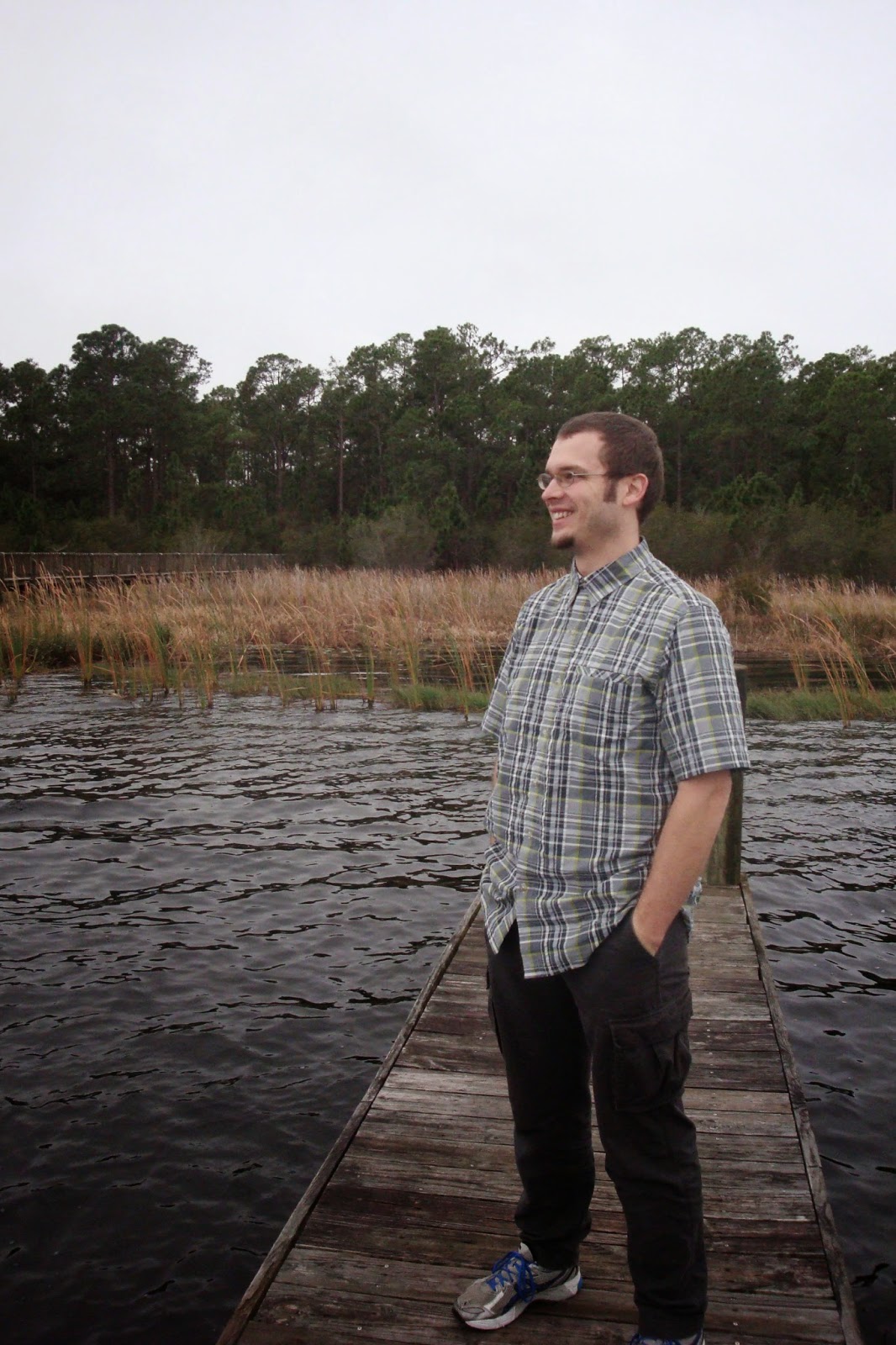 The next day we were joined by our co-worker from St Albans City School, Matt Allen, who would be staying with us while attending FETC.  As I've been traveling this winter I have been working remotely for SACS.  Matt is the lead person there for the technology team, so it was really nice to be able to spend some time with him and reconnect with what has been happening at the school. 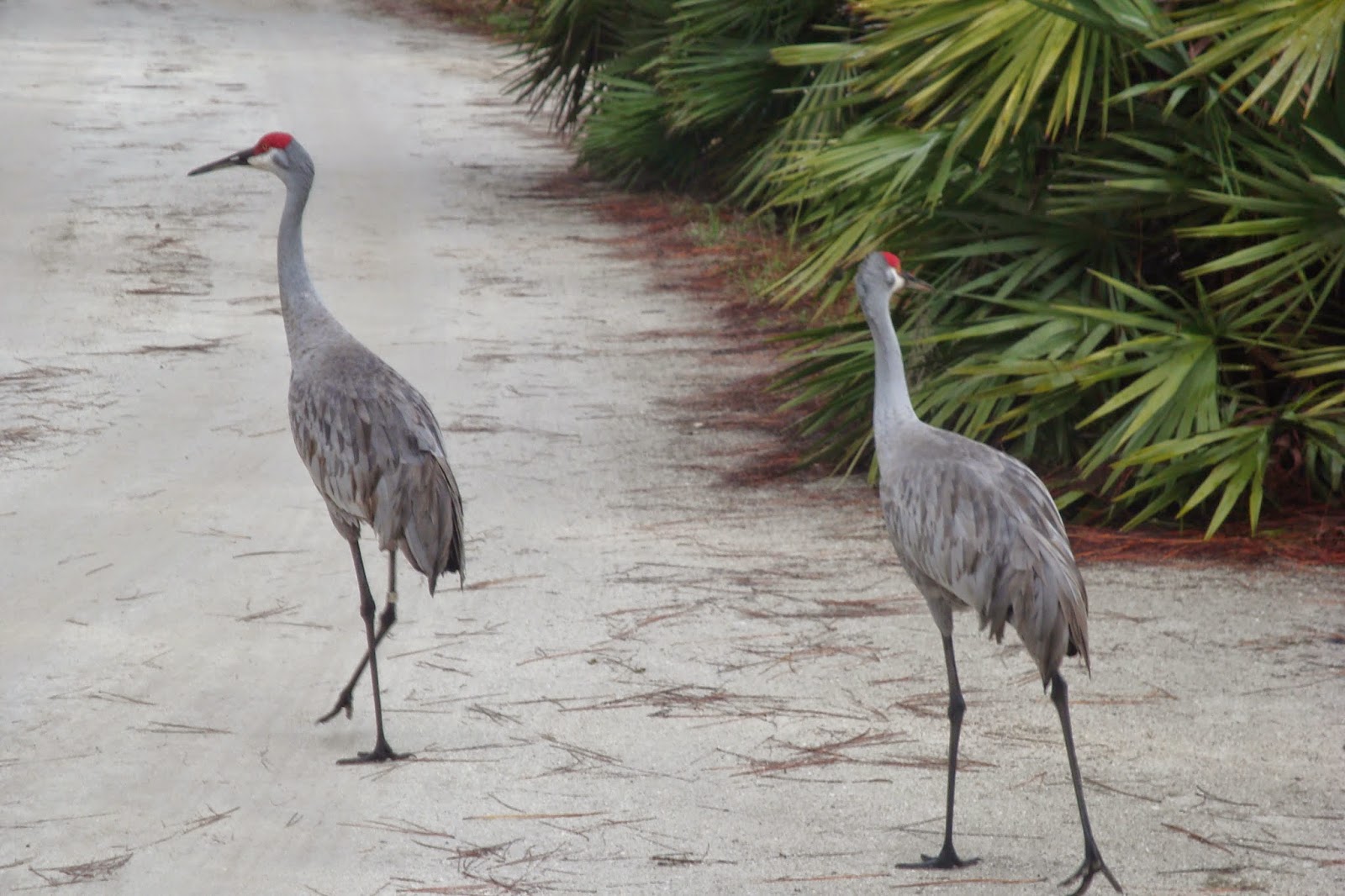 The weather was not at all welcoming during the time we stayed in Orlando.  It was cold and rainy the whole time, never getting out of the 50s.  Still, we had a great time at the conference, experiencing new ideas and making contacts with people from around the country who work in educational technology.  When FETC was over and Matt had returned to the frigid North we bid the Sand Hill Cranes goodbye and continued North West towards our next destination in Florida. 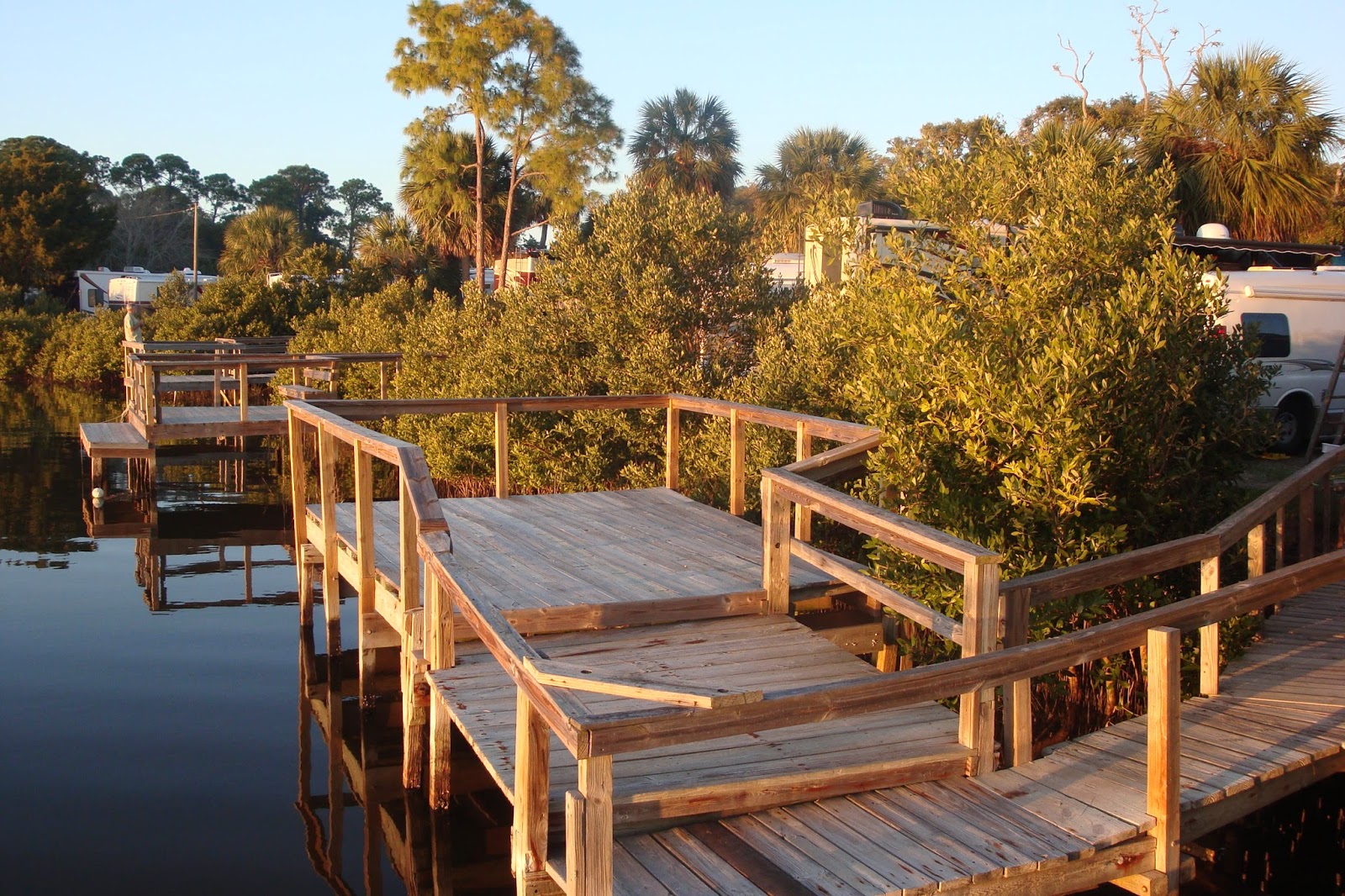 We had reserved 4 days at Sunset Isle Campground in Cedar Key Florida, where we had stayed for a month in November. 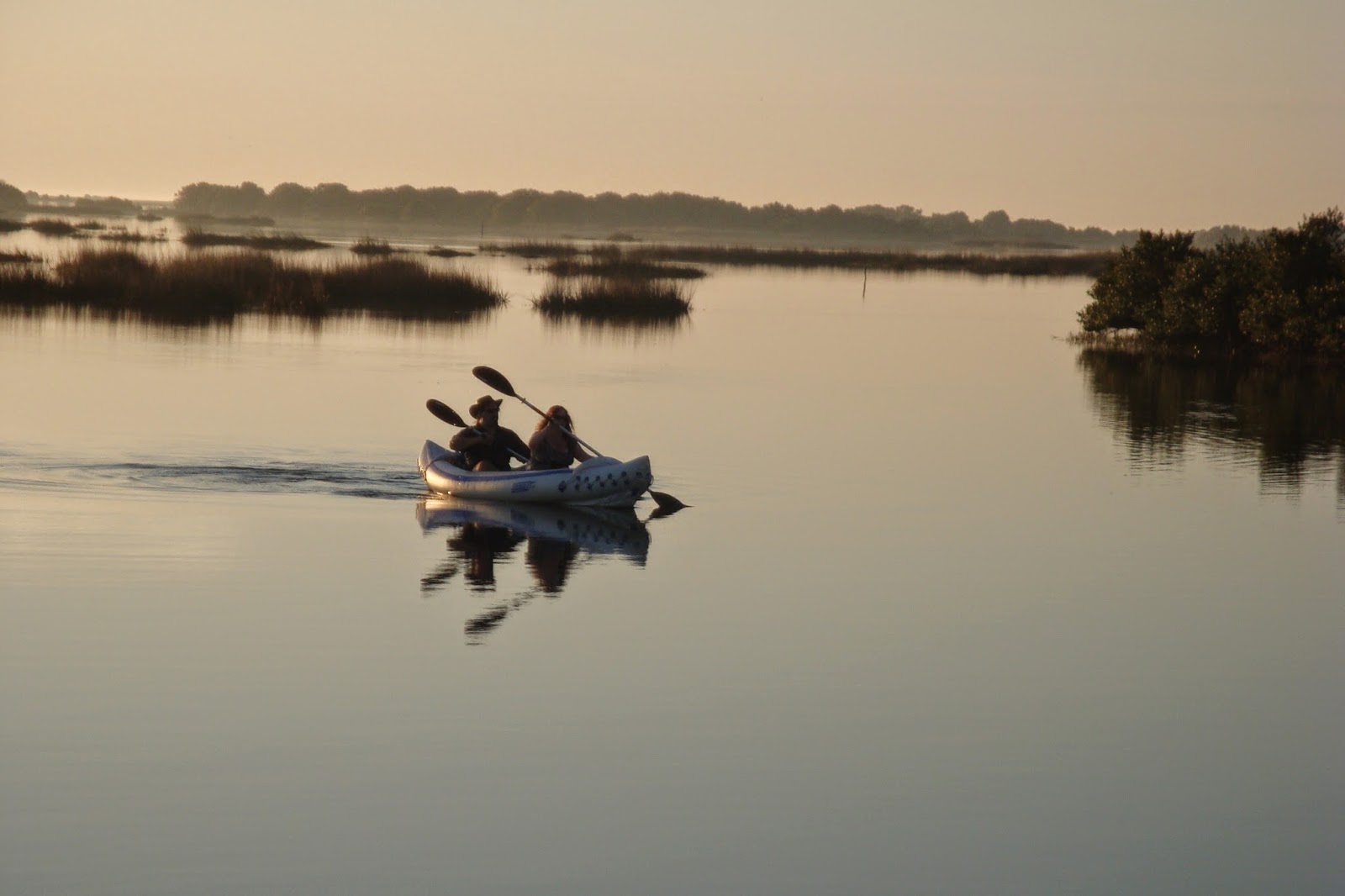 These 4 days were a time where we reconnected with the people who are a part of the NuRvers who were having an informal convergence there during the winter of 2014.  These NuRvers are people who are living and working full time on the road. 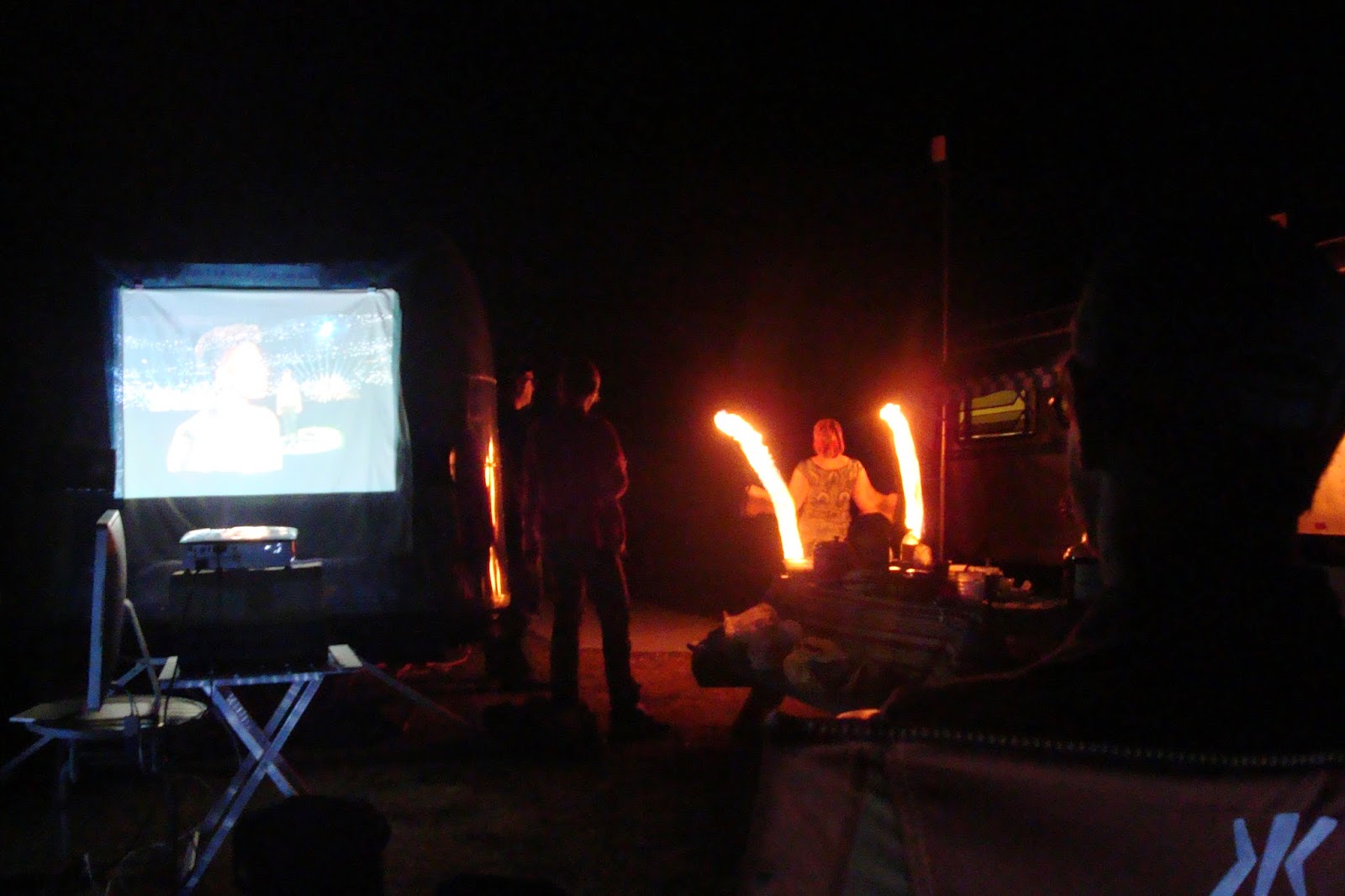 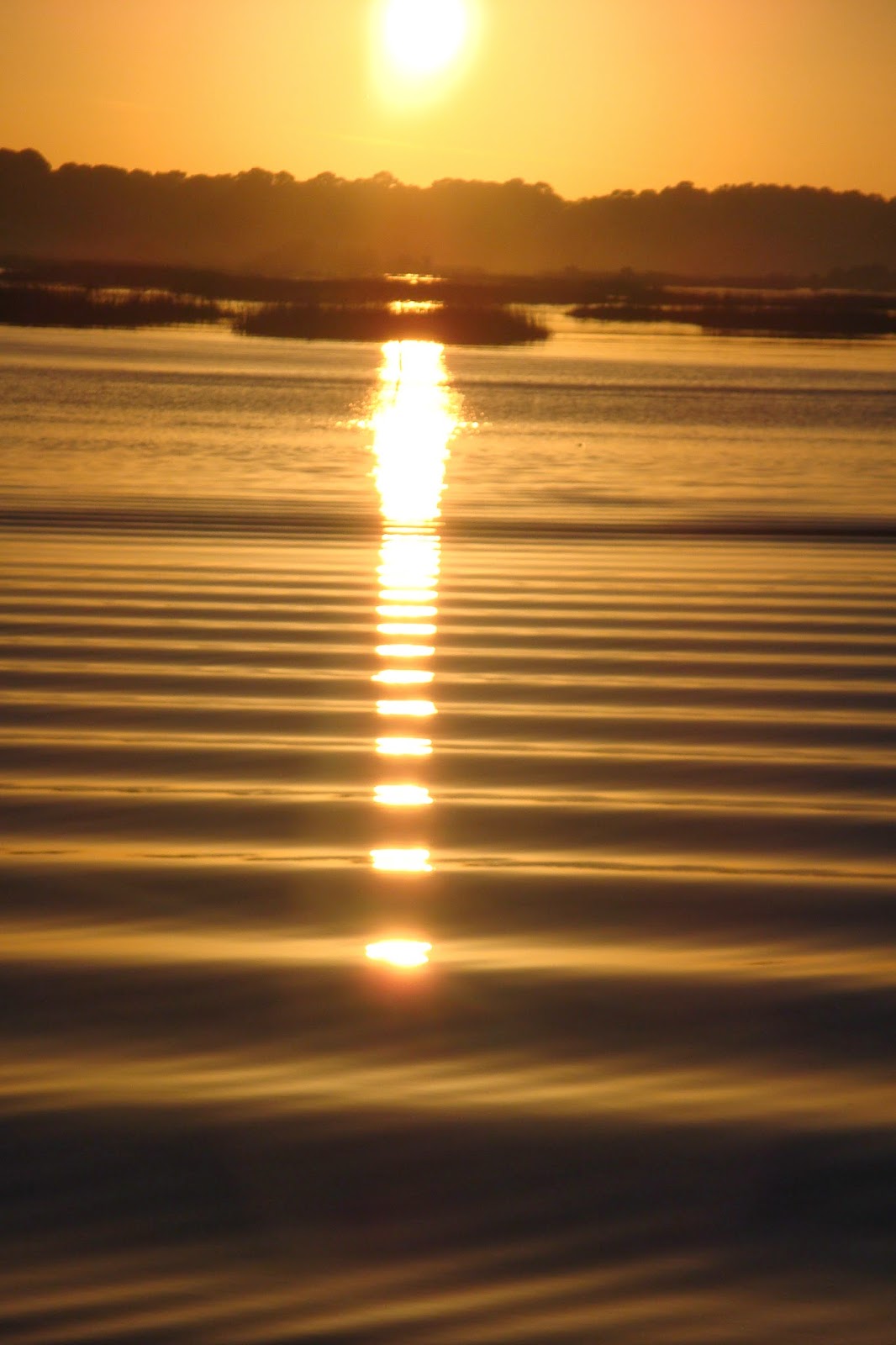 After too short a visit at Cedar Key we said goodbye to the people at the convergence, but knew we would be staying in touch through the Internet and meeting up as our paths crossed out on the road. 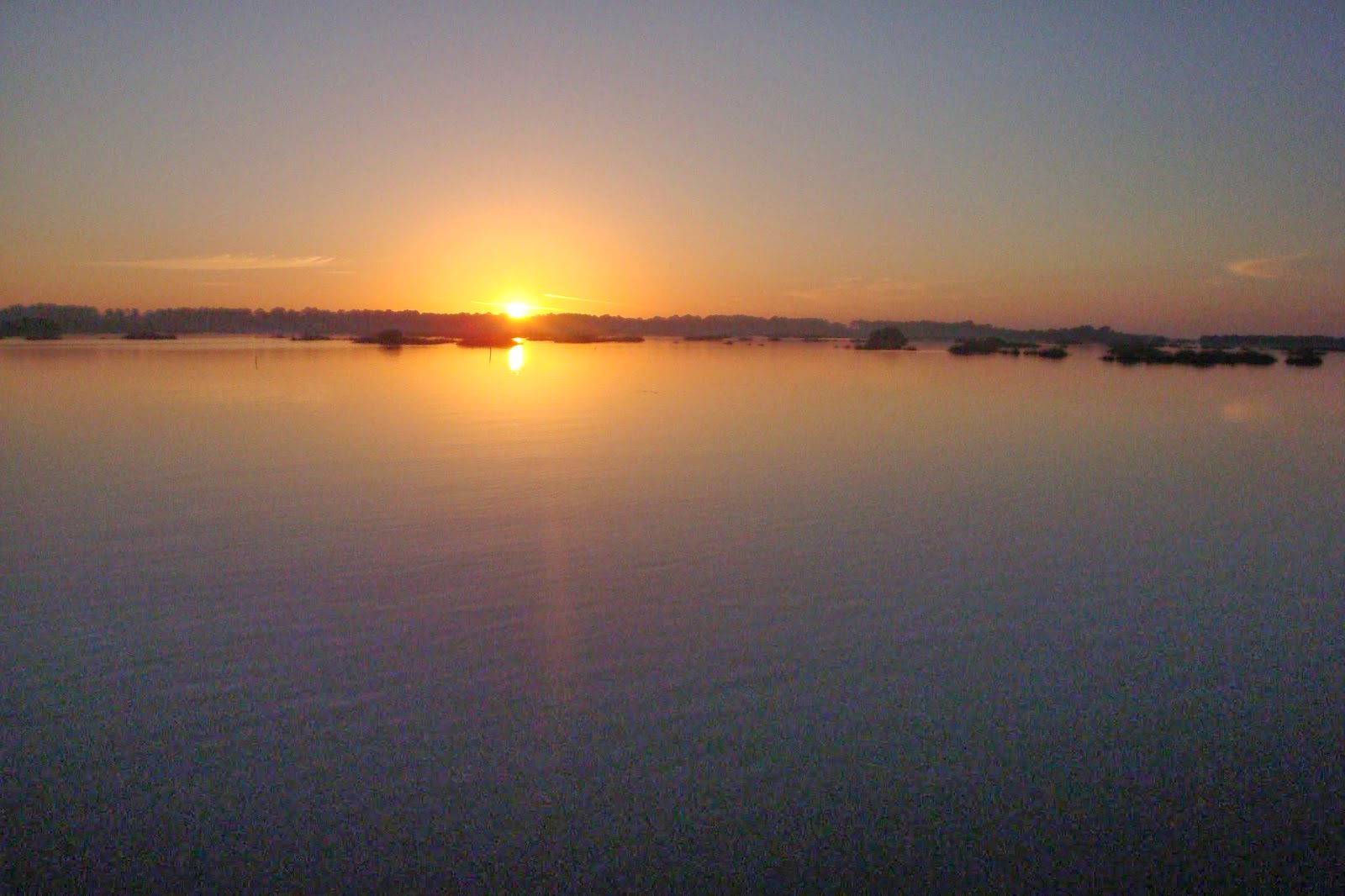 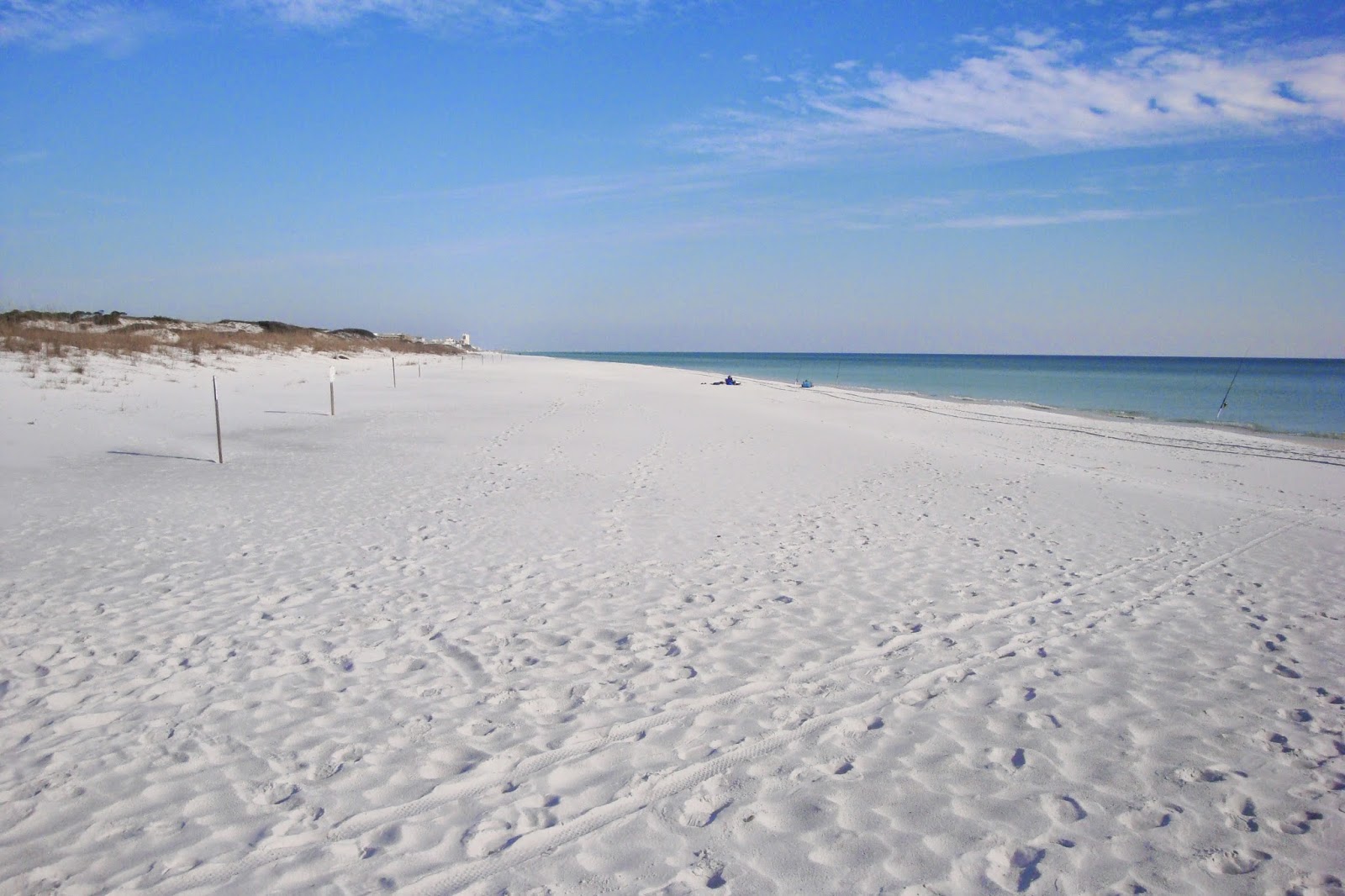 Our next stop was Grayton Beach on the Florida Panhandle.  This beach is a beautiful state park with the whitest sand I could imagine.  The campground was in the dunes behind the bay. 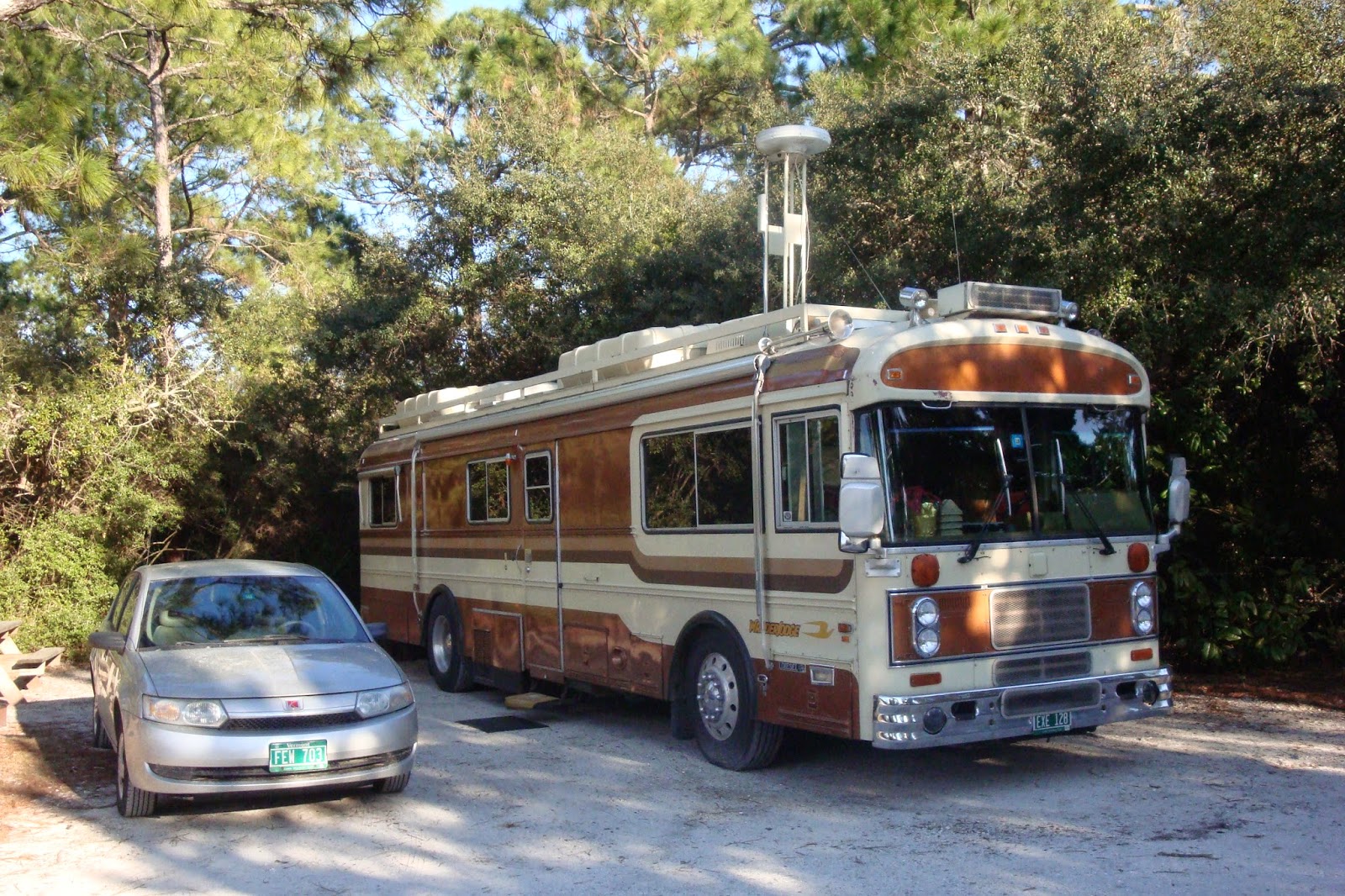 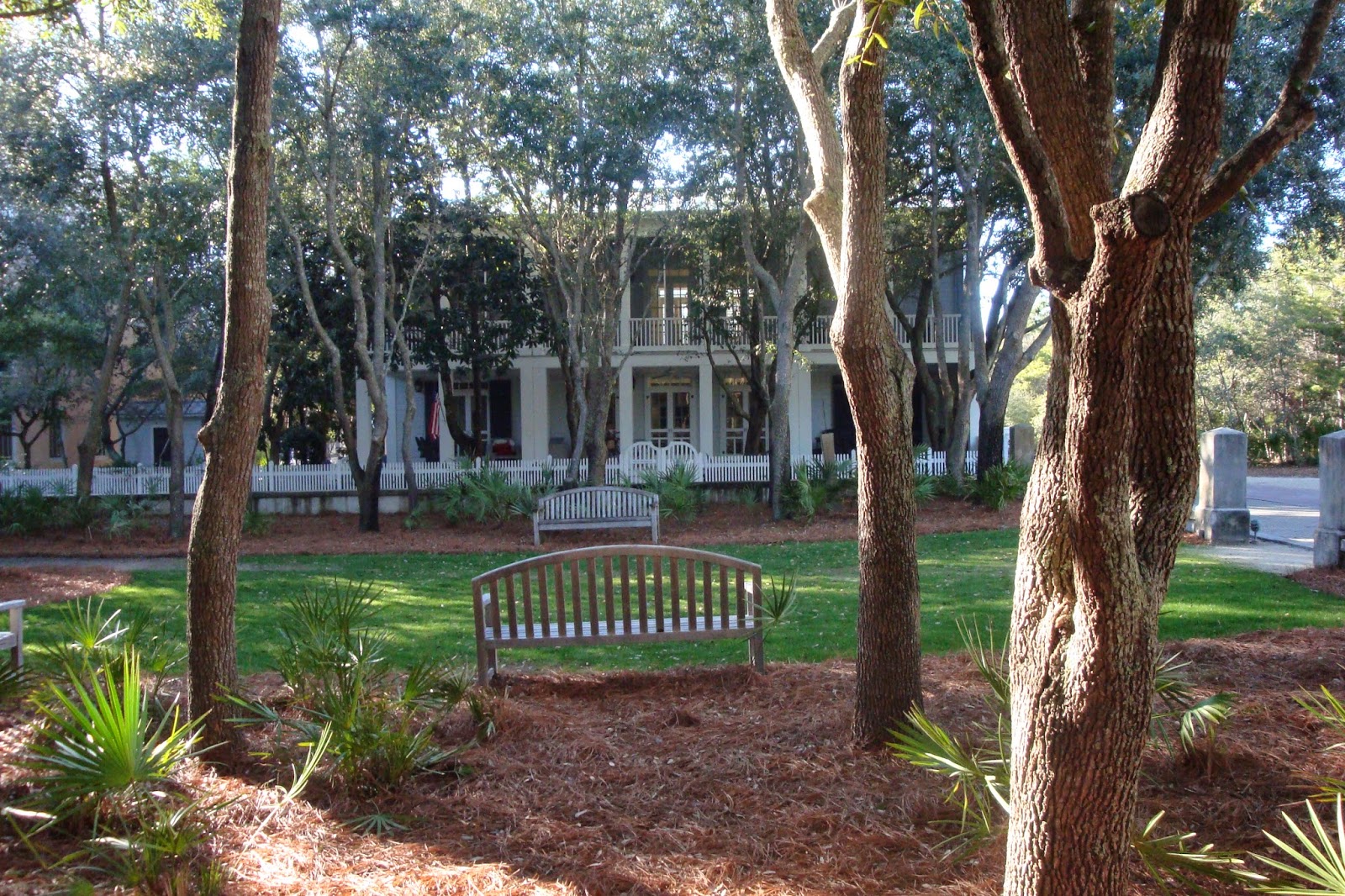 We explored the community next door called Seaside.  This planned (and controlled) community was a little creepy with its streets all laid out according to plan and all the buildings fresh, clean and the same.  It was for successful people only, no poverty allowed.  They did have a really neat grocery store though with lots of healthy food.  Something that we felt contrasted to the stores we patronized on the West side of New Orleans. 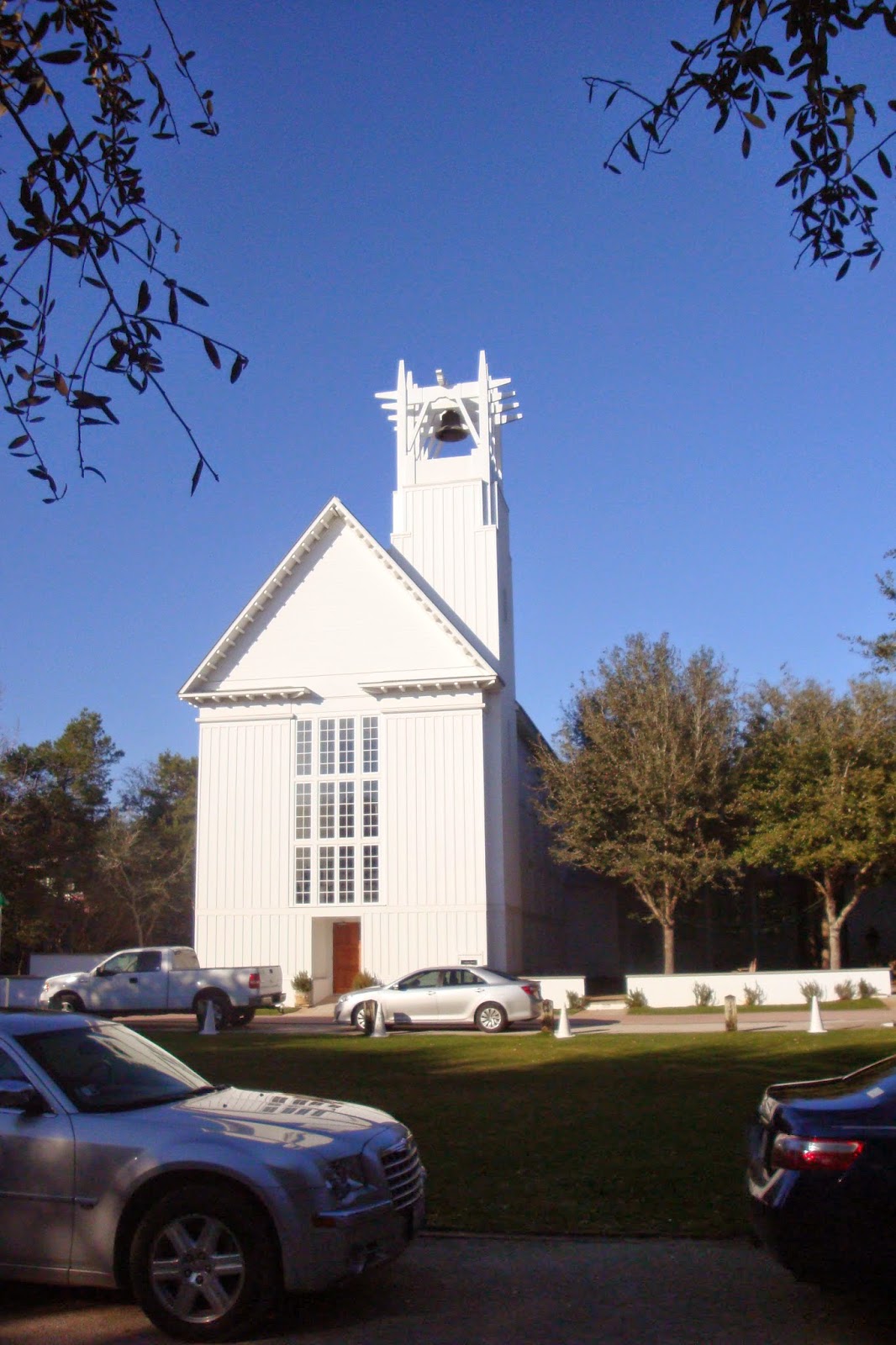 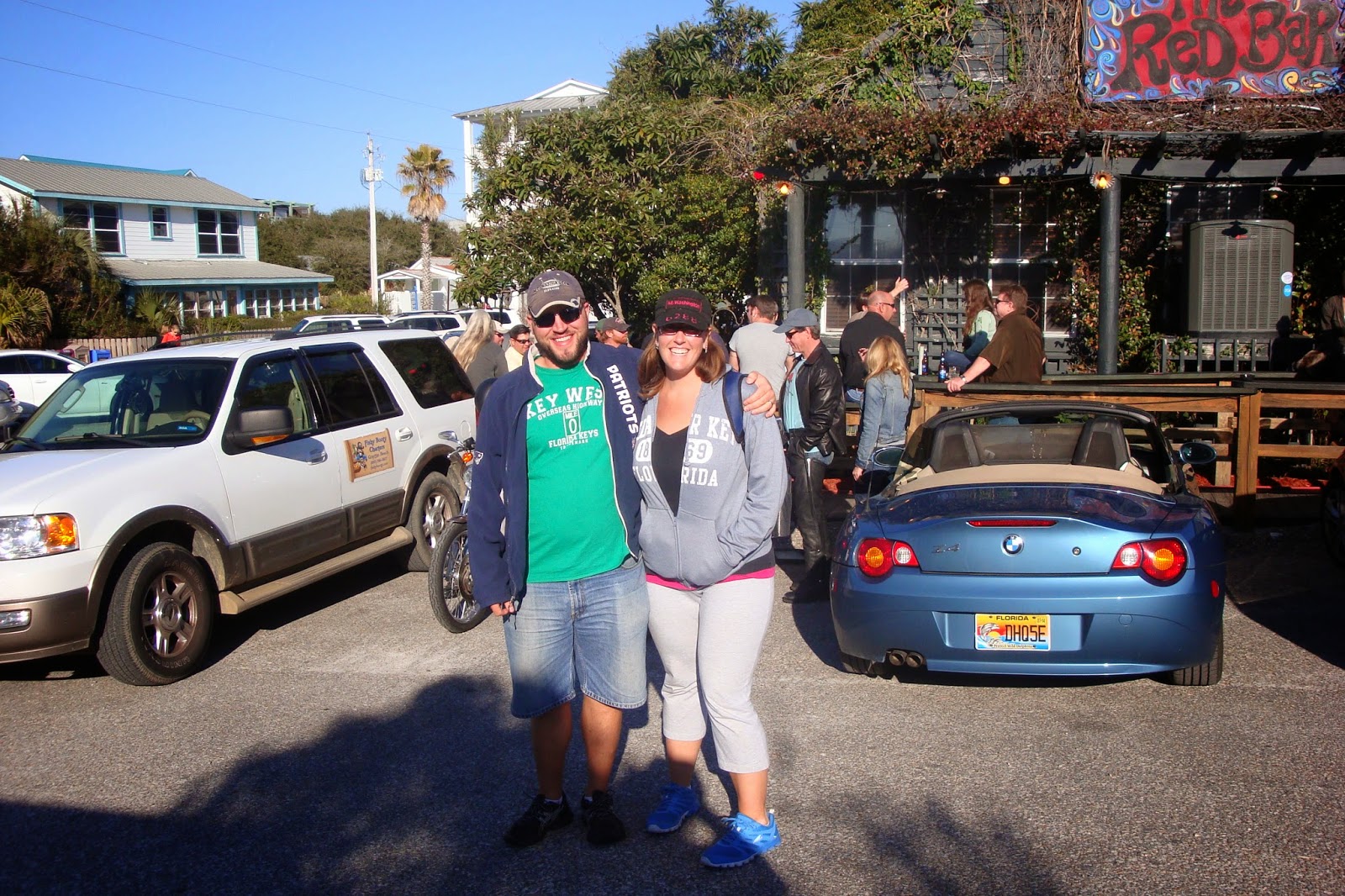 On the other side of the state park is the town of Grayton Beach.  A funky summer community where we hung out with Meagan and Jesse, two NuRvers we had met at Cedar Key who were staying at Grayton Beach.  We went to the Red Barn on a Saturday afternoon where we heard excellent live music from a local band, some of the best music I've run into on this trip! 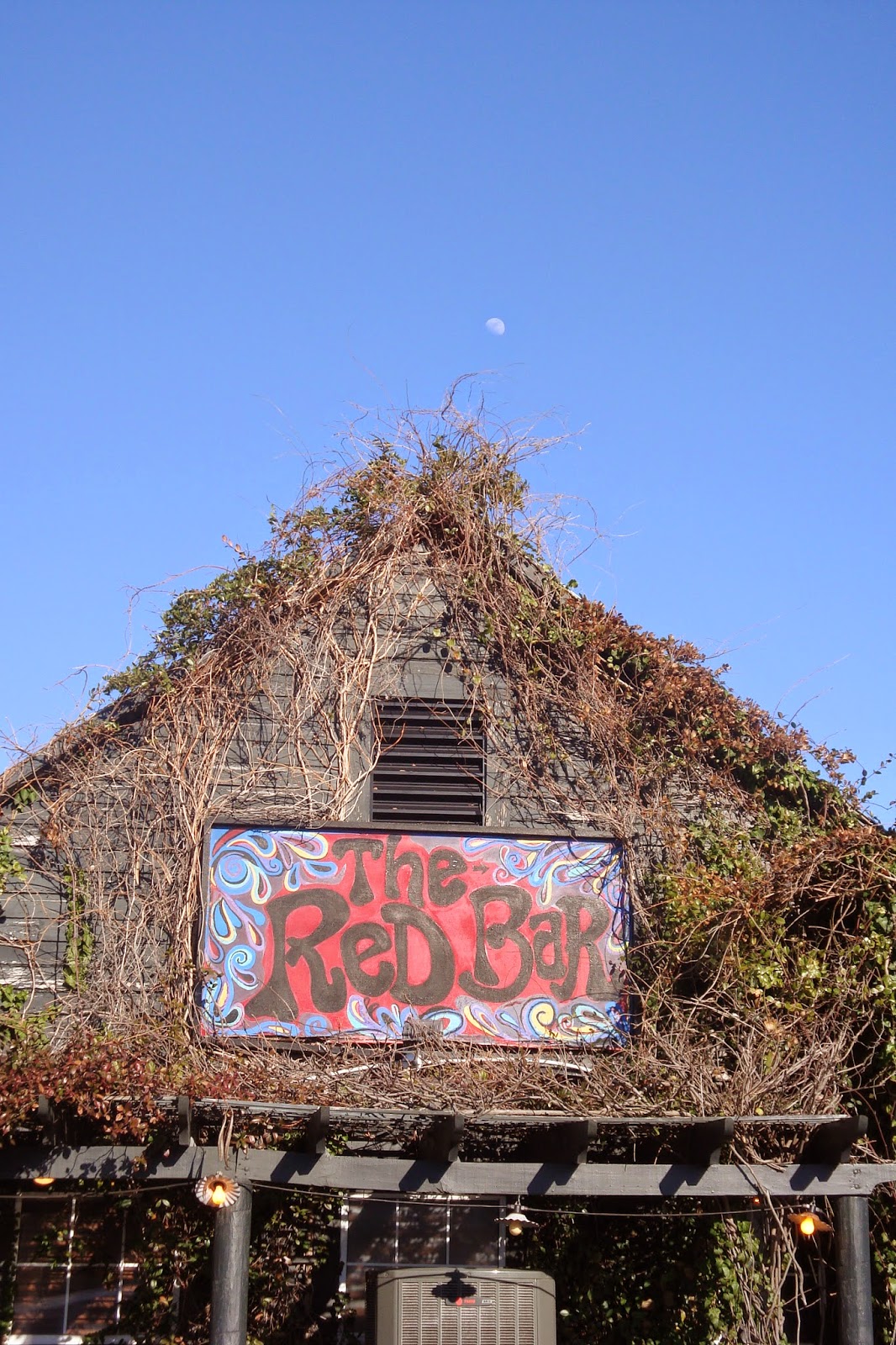 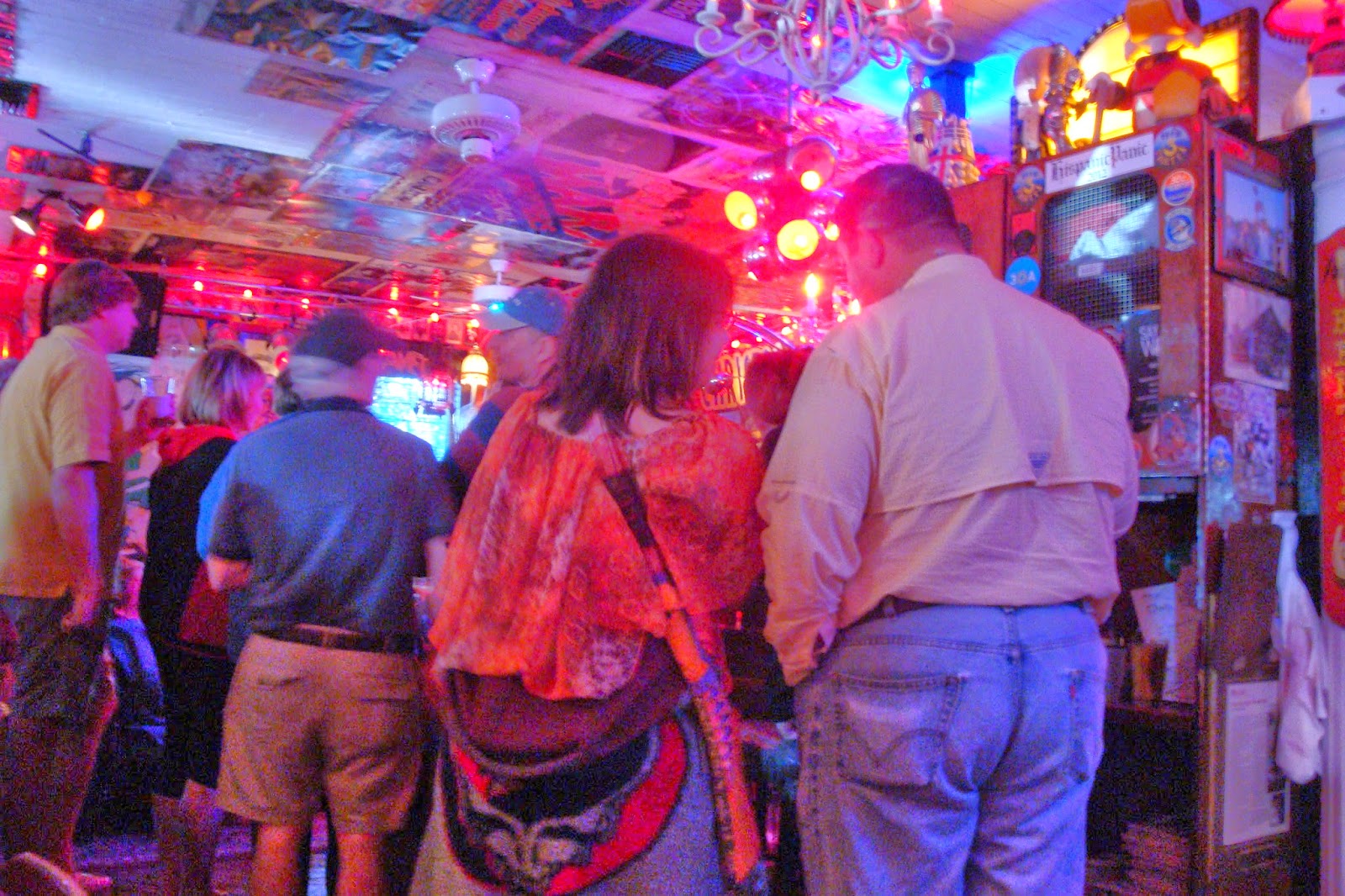 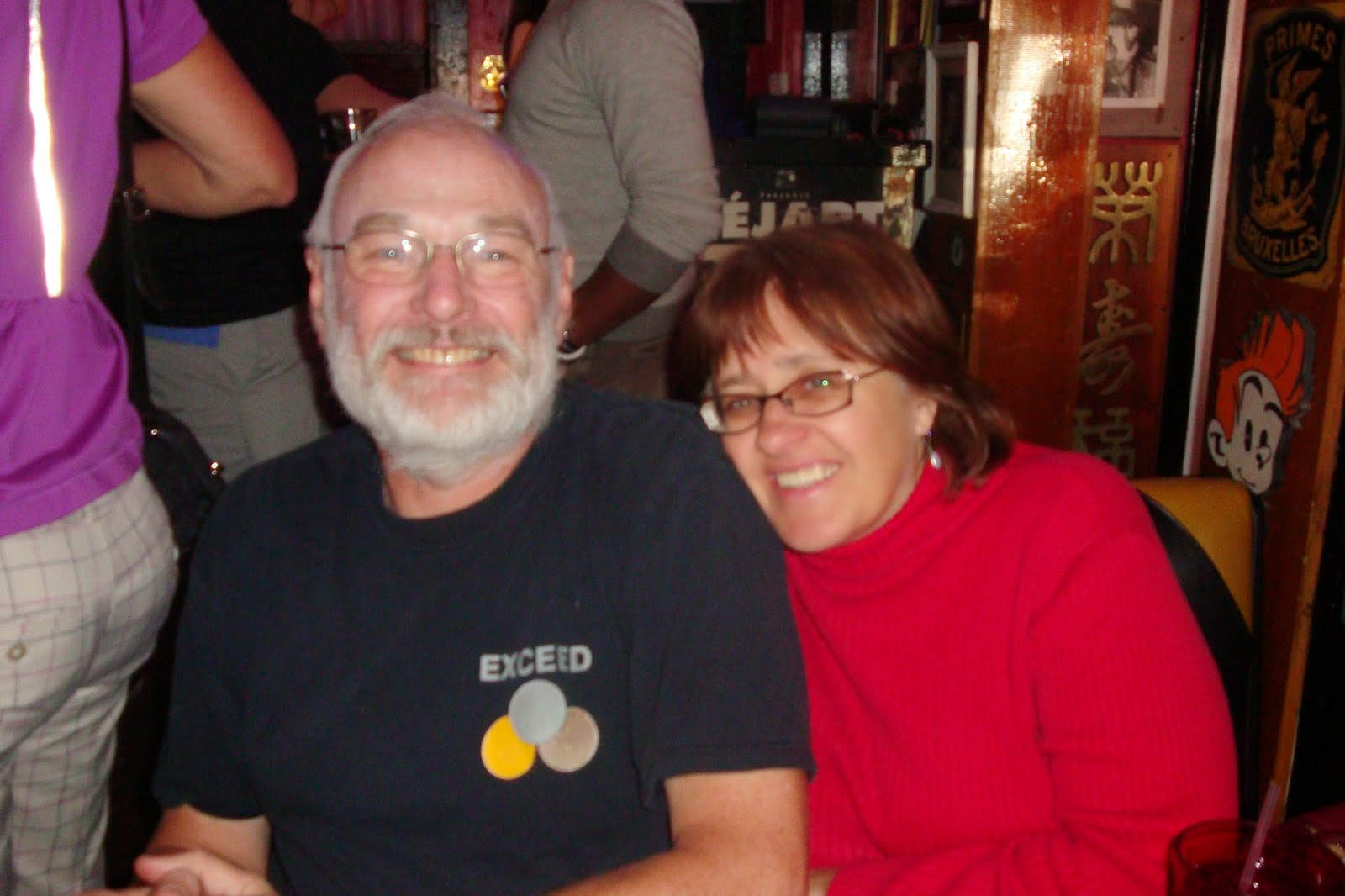 After Grayton Beach we continued West to New Orleans.  But that is another blog post! 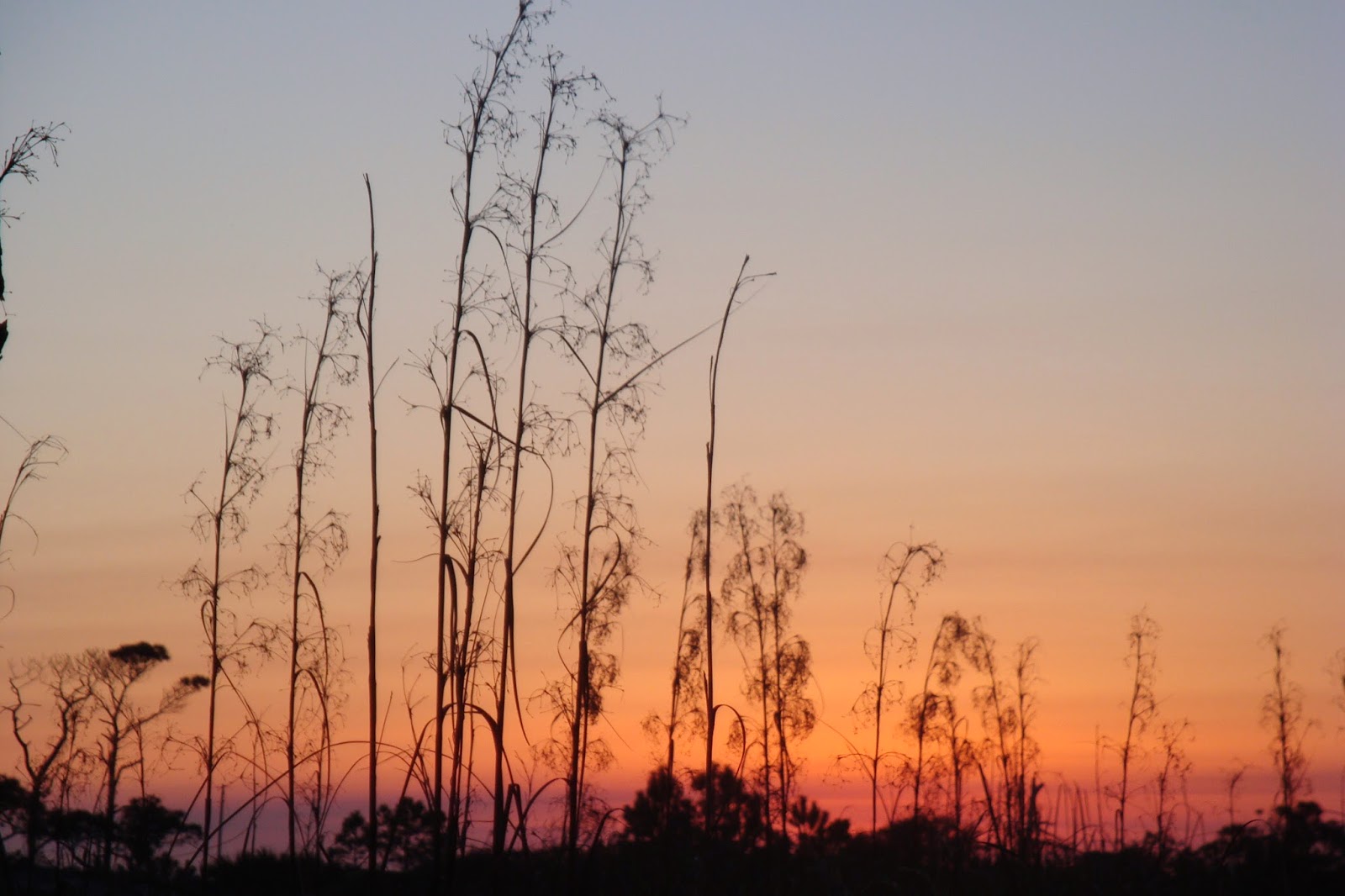 Posted by clyndes at 1:24 PM
Email ThisBlogThis!Share to TwitterShare to FacebookShare to Pinterest