Holiday Traditions on the Road

Celebrating the Holidays on the Road 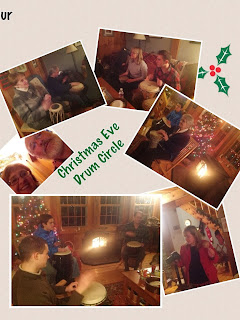 Living on the road involves redefining many parts of your life.  There are lots of decisions about what to hold onto and what to let go of.  The holiday seasons was yet another opportunity for redefinition as we sought out new holiday traditions.

Having a strong French Canadian heritage means that your holidays are filled with traditions from north of the border.   My childhood Christmas always centered around  le reveillon, (a holiday  feast and celebration that starts after midnight mass and continues throughout the night into morning - thus the name).

Although we’ve tempered the all night party somewhat through the years,  every Christmas I’ve spent in Vermont has included sharing a midnight toast and plenty of fun and munchies with family and friends.   The snow,  decorations, tree, gift exchange,  music and Christmas eve service all serve to put me into a holiday mood.   And there is nothing like kids and their anticipation of Santa to spread the Christmas spirit.

This December, our bus was parked in a delightful, funky town called Cedar Key, Florida, but  there was no snow, no holiday concerts, no family tree decoration event,  and no kids around us counting down the days til Christmas.  I was finding myself lacking the usual Christmas spirit.   That’s when I decided to kick it in gear and do what I could to find that holiday spirit in our new lifestyle.

First we needed some decorations, so on our walk back from town, we picked up a red Poinsettia.  I used some colored markers to turn some packaging material remnants into a a makeshift tree, and set up the Hue wireless lights with red and green hues. 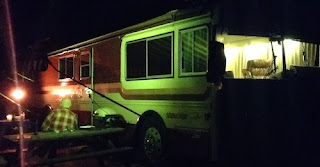 We took a trip to Chiefland and picked up the last package of ground pork available,  some baking supplies,  and rum for the eggnog.  Craig found a radio station that played Christmas music and I started to cook and bake.   When I was done I had chocolate covered caramel corn packaged in red cups and ribbon for all our new friends,  two tourtieres (Quebecois pork pies)  and a Buche de Noel.

I learned that the humidity in Florida is not optimal for keeping popcorn crunchy,  that a wine bottle can serve as a rolling pin, and that leaving the mixer behind was probably a mistake.   After 45 minutes of 'trying' to whisk egg whites into stiff peaks, Craig decided that he could find room for a mixer.


Craig and I invited our new friends over for Christmas breakfast.  I made traditional French crepes and Craig made his amazing French toast.  Friends brought over fruit salad, Canadian bacon,  coffee, and eggs and veggie casserole.  It was a bit nippy so we ended up huddled around the communal fire pit which was conveniently located right next to our site. 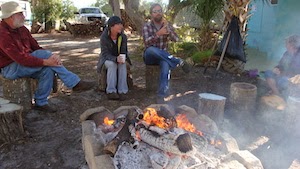 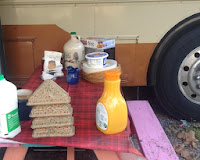 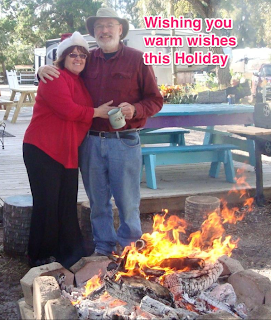 Later in the day, I brought my tourtiere and Buche de Noel to the campground community potluck.  They were a big hit and it turned out to be a good day.   I can’t pretend that it was all  ‘okay' since  a phone call to  the kids didn’t fill the void I felt by their absence during the holiday season — but bringing in some of my French Canadian traditions to Cedar Key did make a difference in my getting some holiday spirit.

Craig and I were scheduled to leave Cedar Key the day after Christmas, but were able to extend our stay a few extra days to surround ourselves with our new friends for the rest of the holiday week.  In those last few evenings, we got to hear Patt and her guitar entertain a local crowd at the Pelican Rail,  watch Josh and Natalie kick ass at karaoke, see Eric  apologize to Jeannette for leaving her stranded without wifi the day he unpacked his Google Glass, and enjoy some amazing clam chowder and seafood at Tony’s with Lynn & Clark and Robin & Jeremy.  Cheng worked a knot out of my neck, Jason and Kristin introduced us to Snowtinis   Chris gave Craig a private lithium battery workshop and Cherie and Chris gave us a sneak preview of a promising new project they are getting ready to launch.  Those extra three days turned out to be a great decision.

As we were getting ready to leave,  Craig suggested that we check with the office to see if they had any spots open for a quick stop back on our way to Texas.  Lucky for us,  we’ll be able to stop back in at Sunset Isle for February 1 -5.  This made leaving a lot easier! 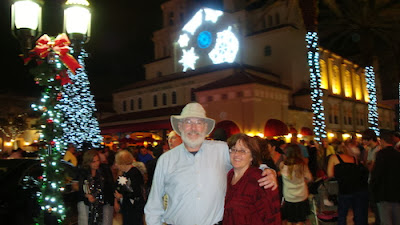 After saying so long for now to new friends, we drove across the state to the east coast of Florida and set up camp at Prince John County Park for the month.   The second half of the holiday week provided some of what we were missing — Time With Family.  We picked up Craig’s daughter,  Maggie at Miami airport and headed to City Place Center, in West Palm Beach for some great food, people watching, and “The Hobitt”  at the iMax.   On New Year’s day Craig, Maggie, and I enjoyed more French Canadian traditions  and a wonderful feast that included turkey, more tortieres, and tarte au sucre with my Dad, Christine, Uncle Jean, Ma Tante Helena,  MaTante Helen, Cousin Jocelyn, and other family friends. 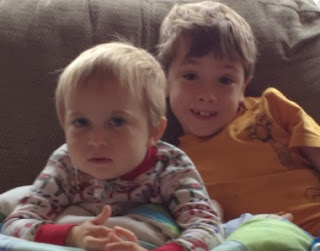 And in less than a week… I’m flying home to hug my grandchildren!