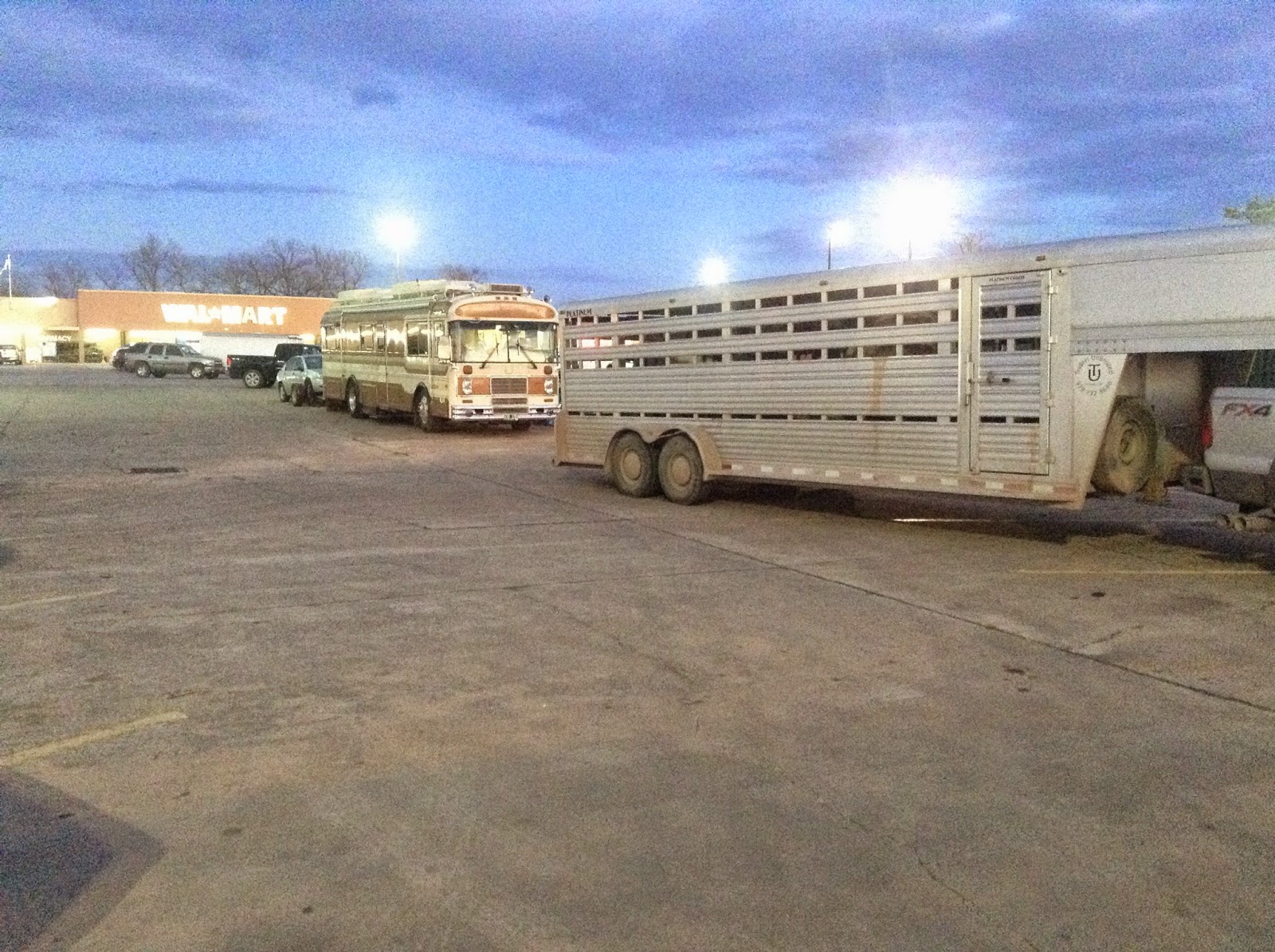 When we left the Flying J in Houston the alternator on the Wanderlodge worked!  What a relief!  We continued west on I10 towards San Antonio.  Lucie had an on-line meeting to attend so we stopped at a Walmart in Columbus Texas.  While she was doing her meeting I went inside and learned that we were welcome to spend the night, which we did.  Lucie was impressed when a trailer full of livestock parked in front of us for the night.  I'm lucky she is so understanding. 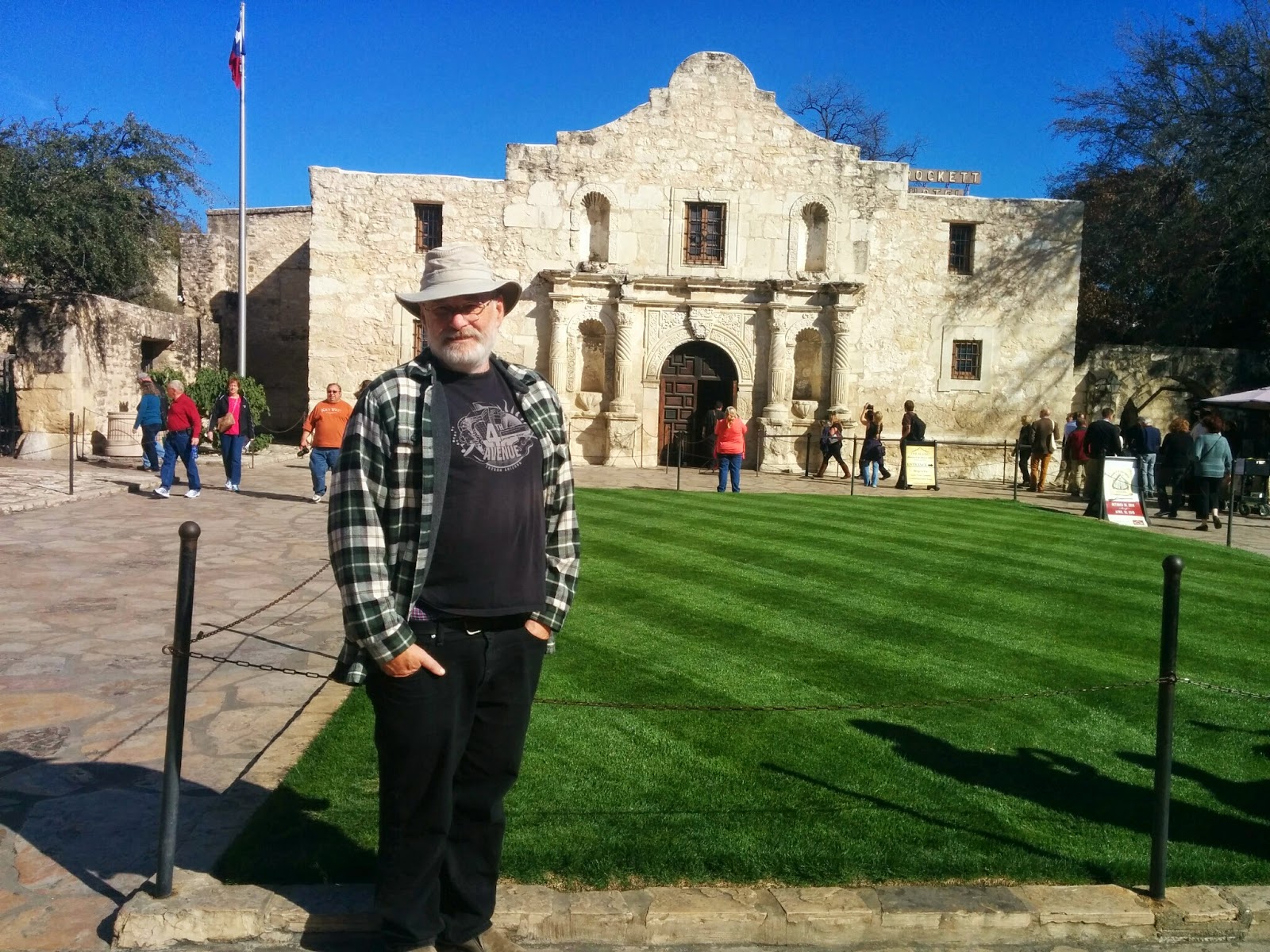 The next day we drove to San Antonio with no further problems with the RV. 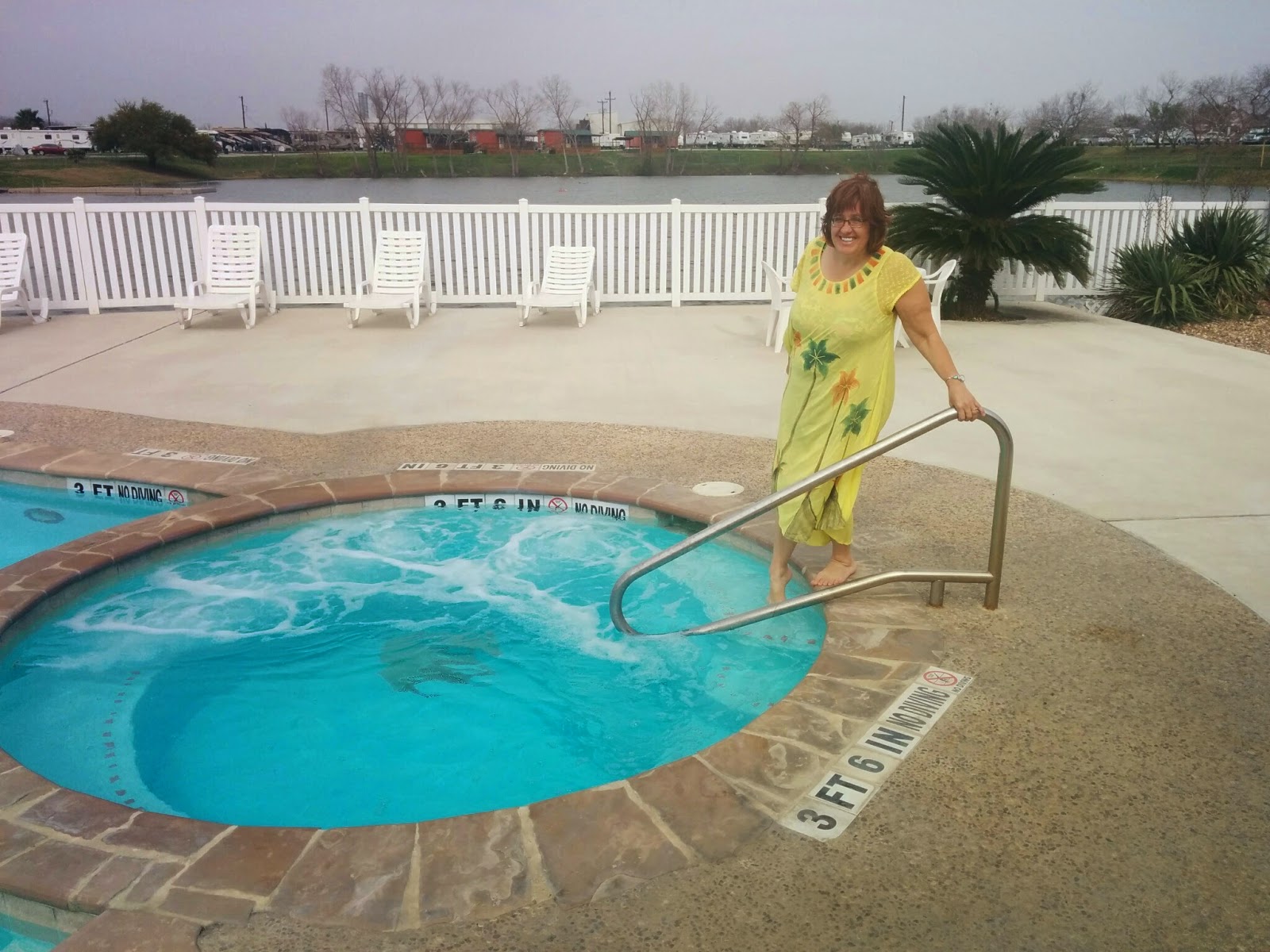 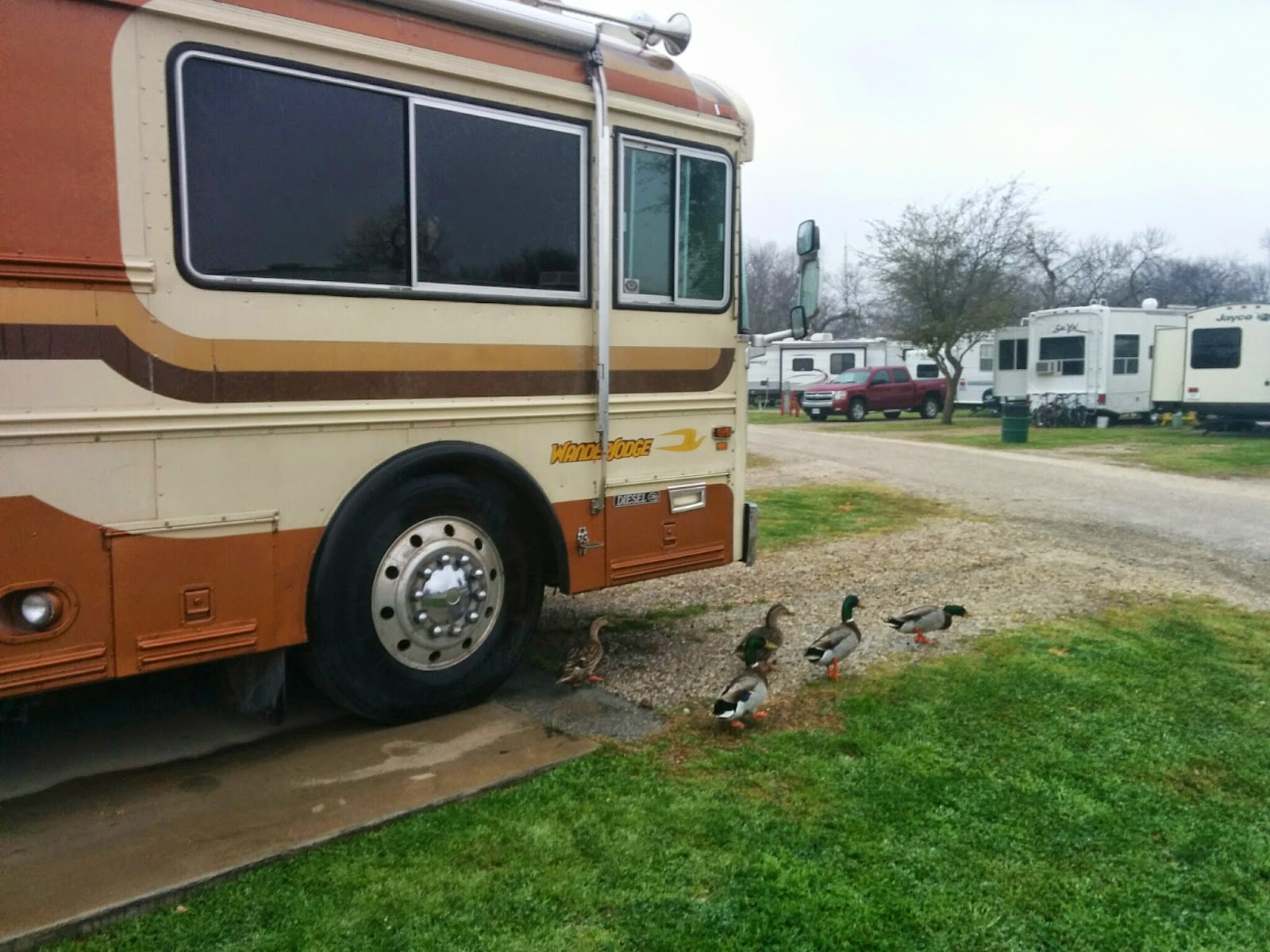 We checked into Braunig Lake RV Resort, which was a lot nicer than a Walmart parking lot.  After the rather long haul of truck stops and parking lots to get from Florida  it was good to be settled in, with hookups and a hot tub! 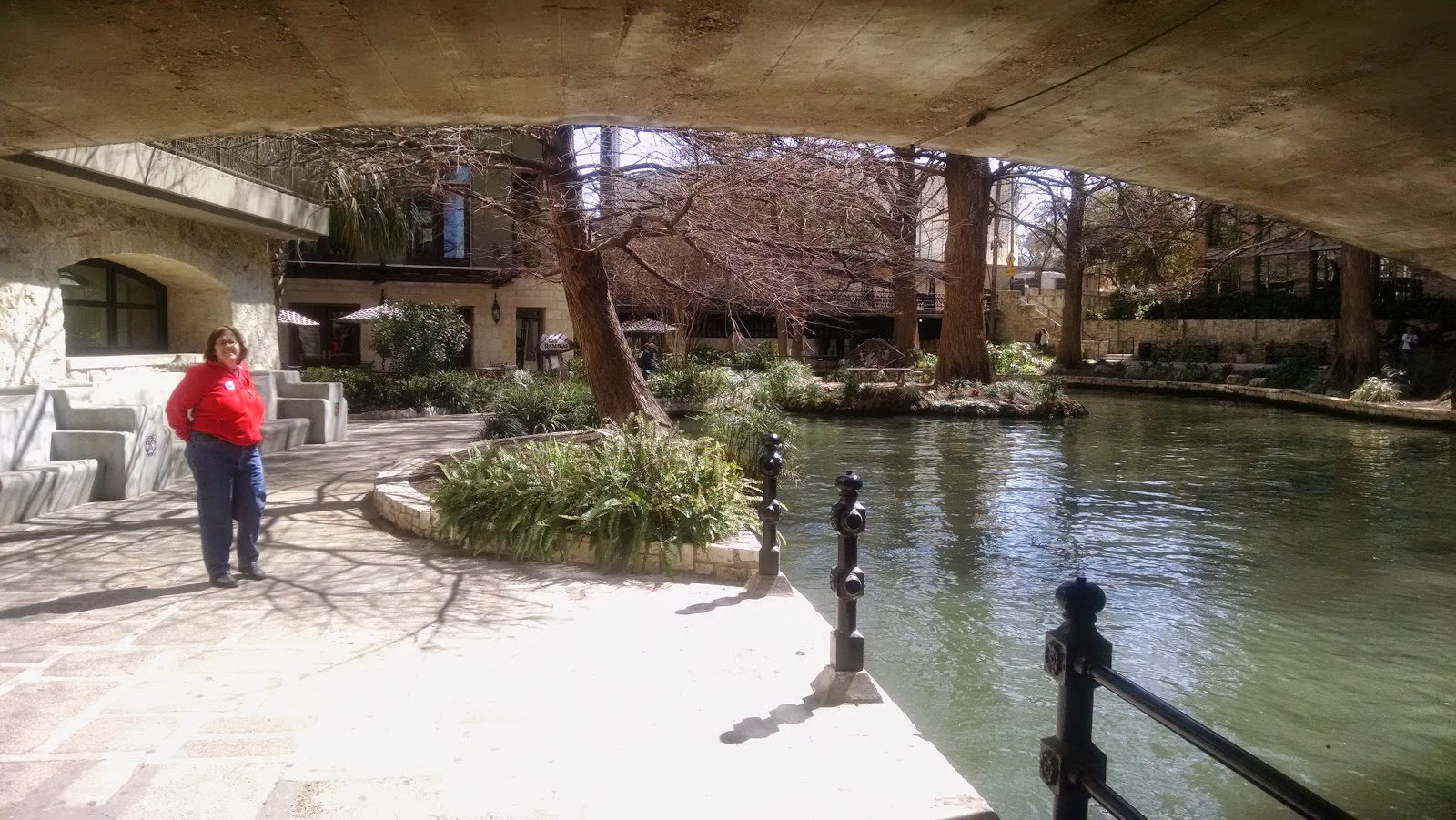 We got a few days of nice warm weather in San Antonio which we used to explore the historical district and the River Walk. 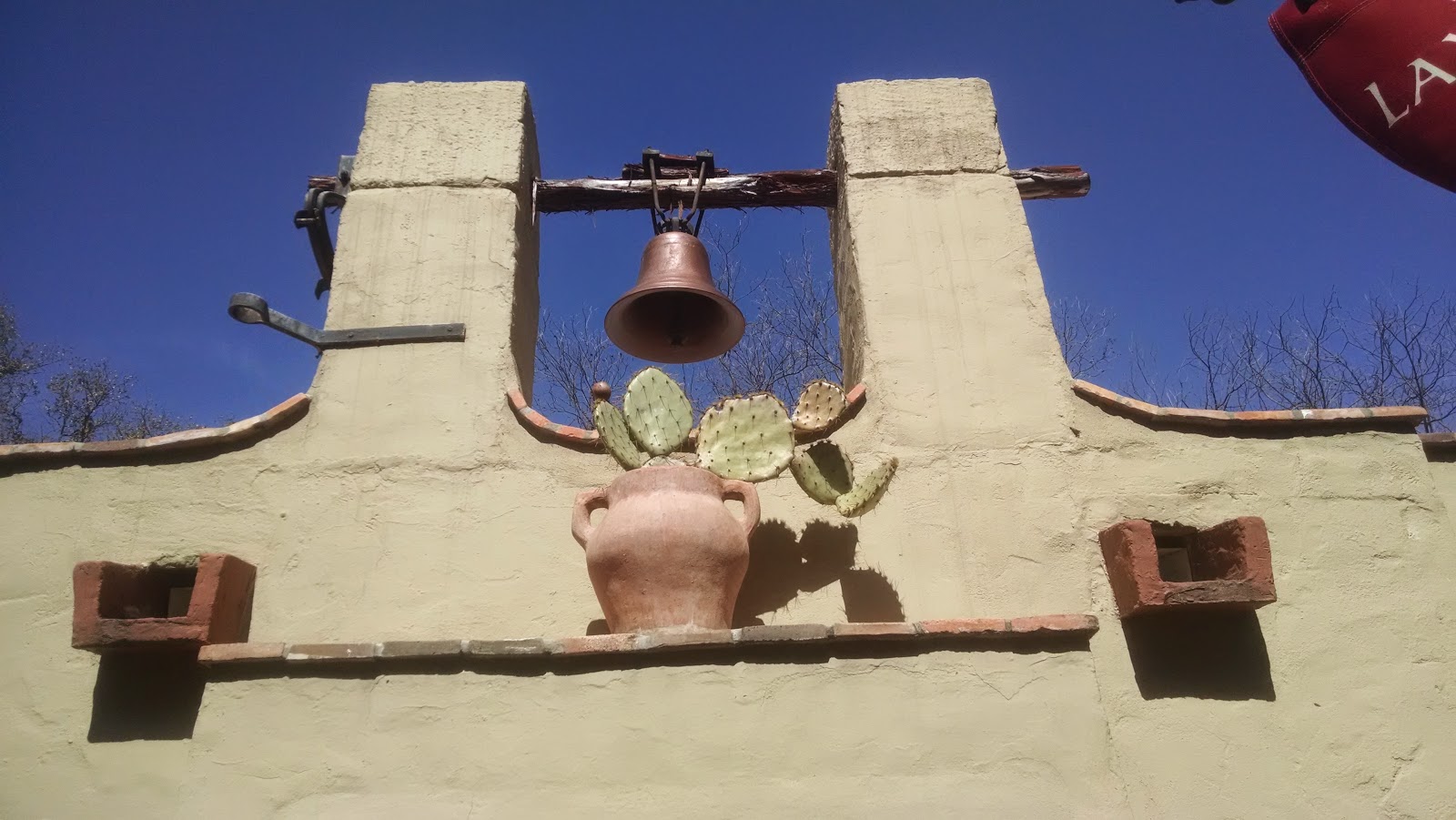 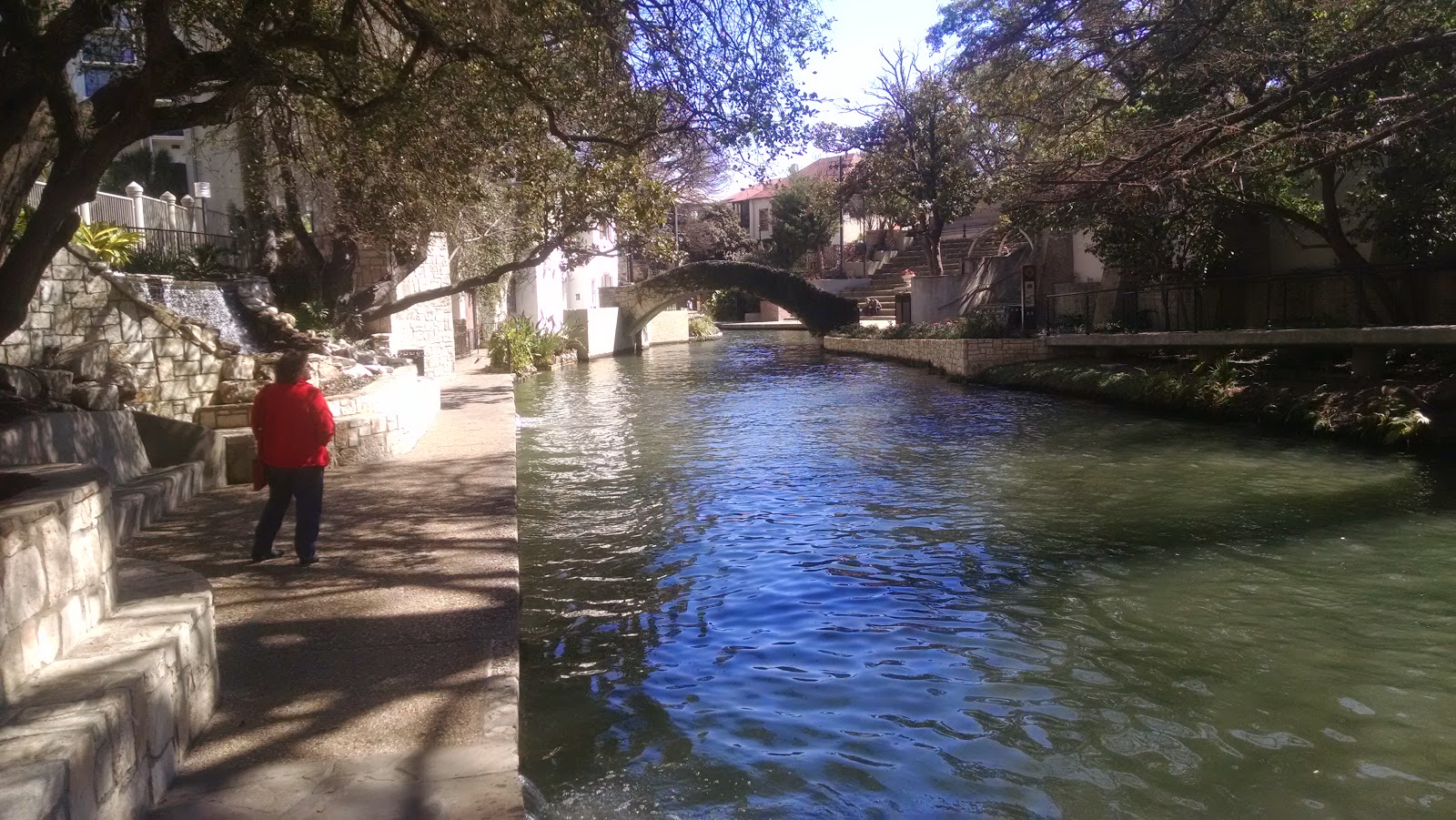 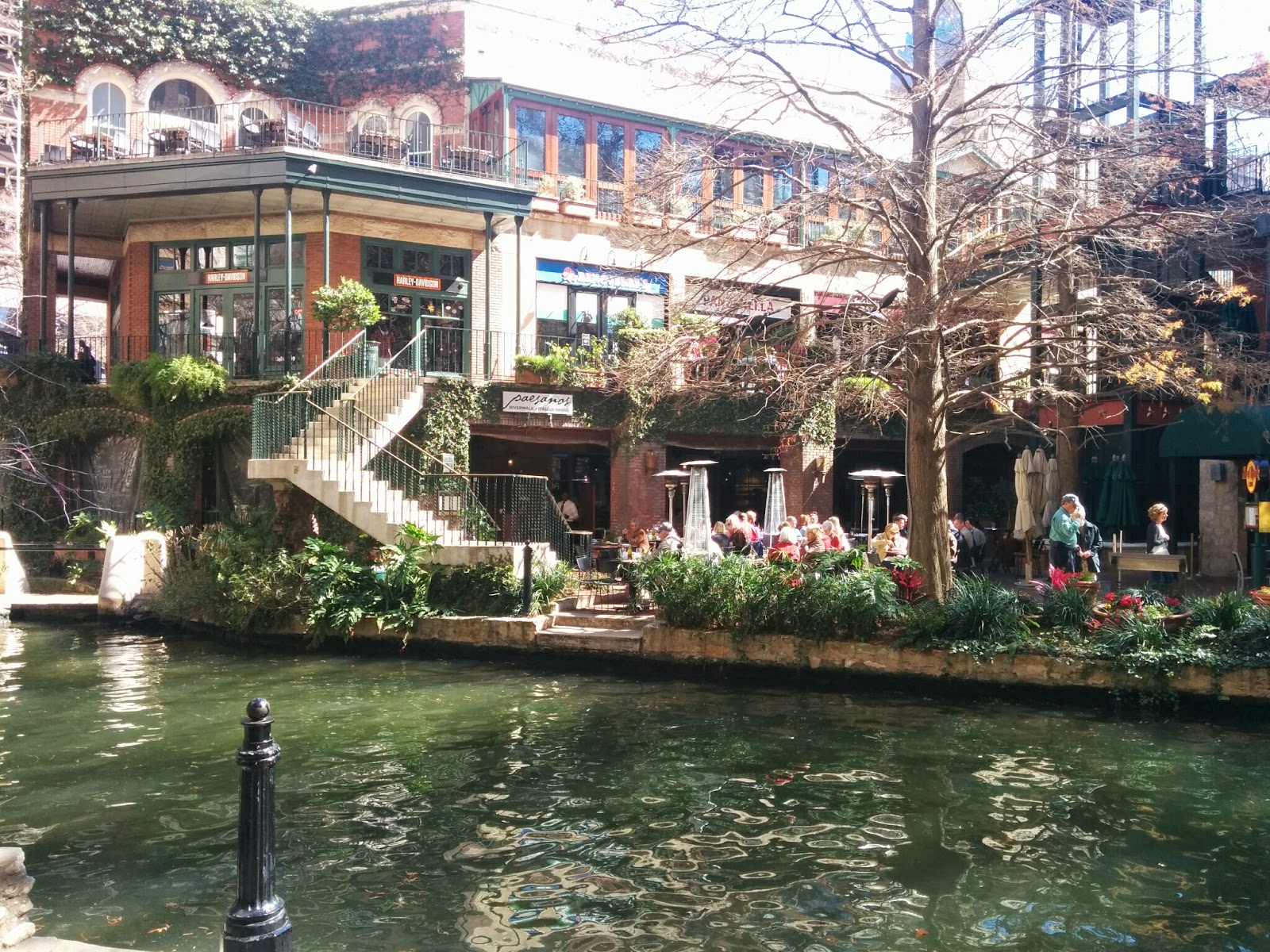 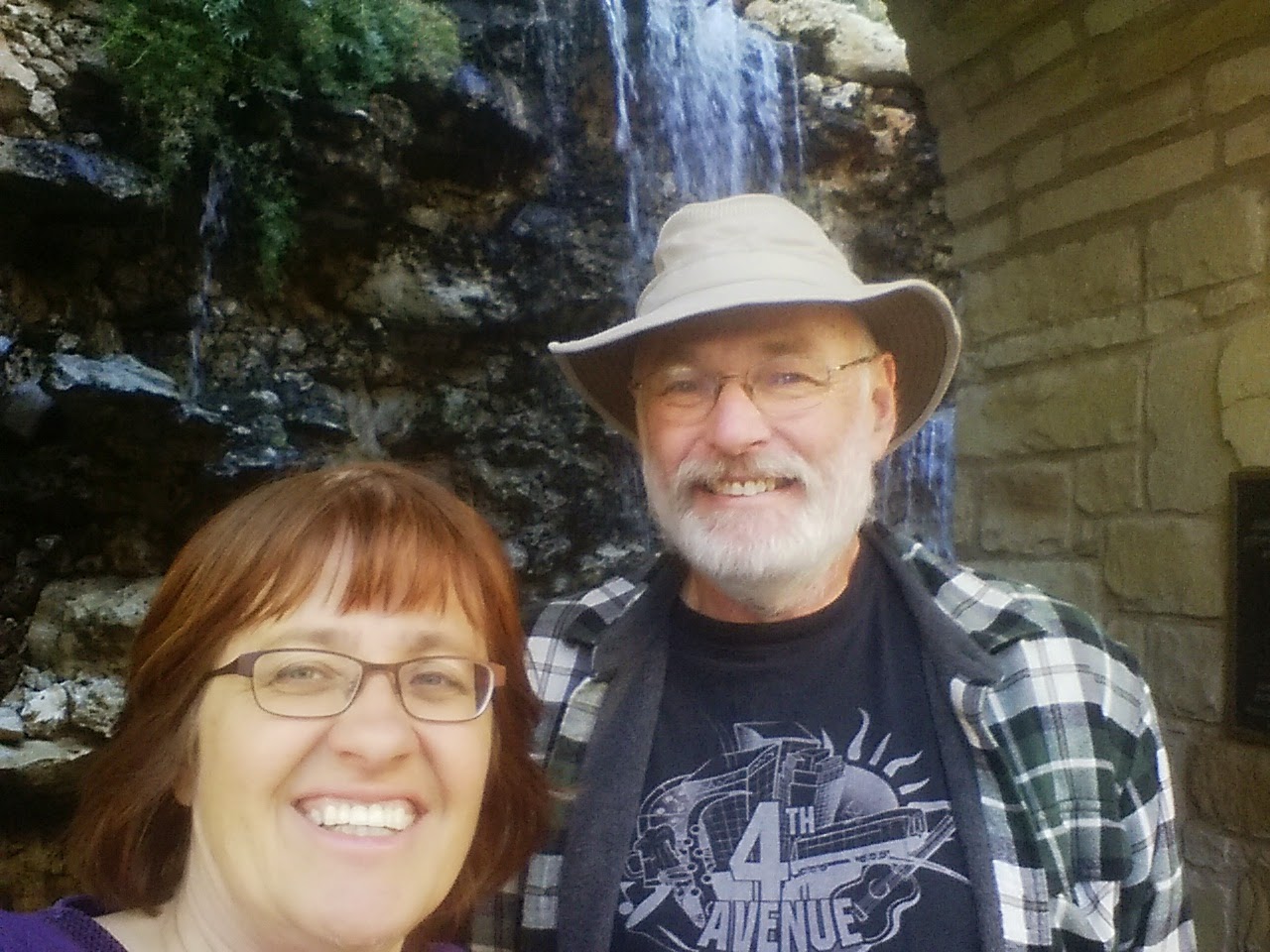 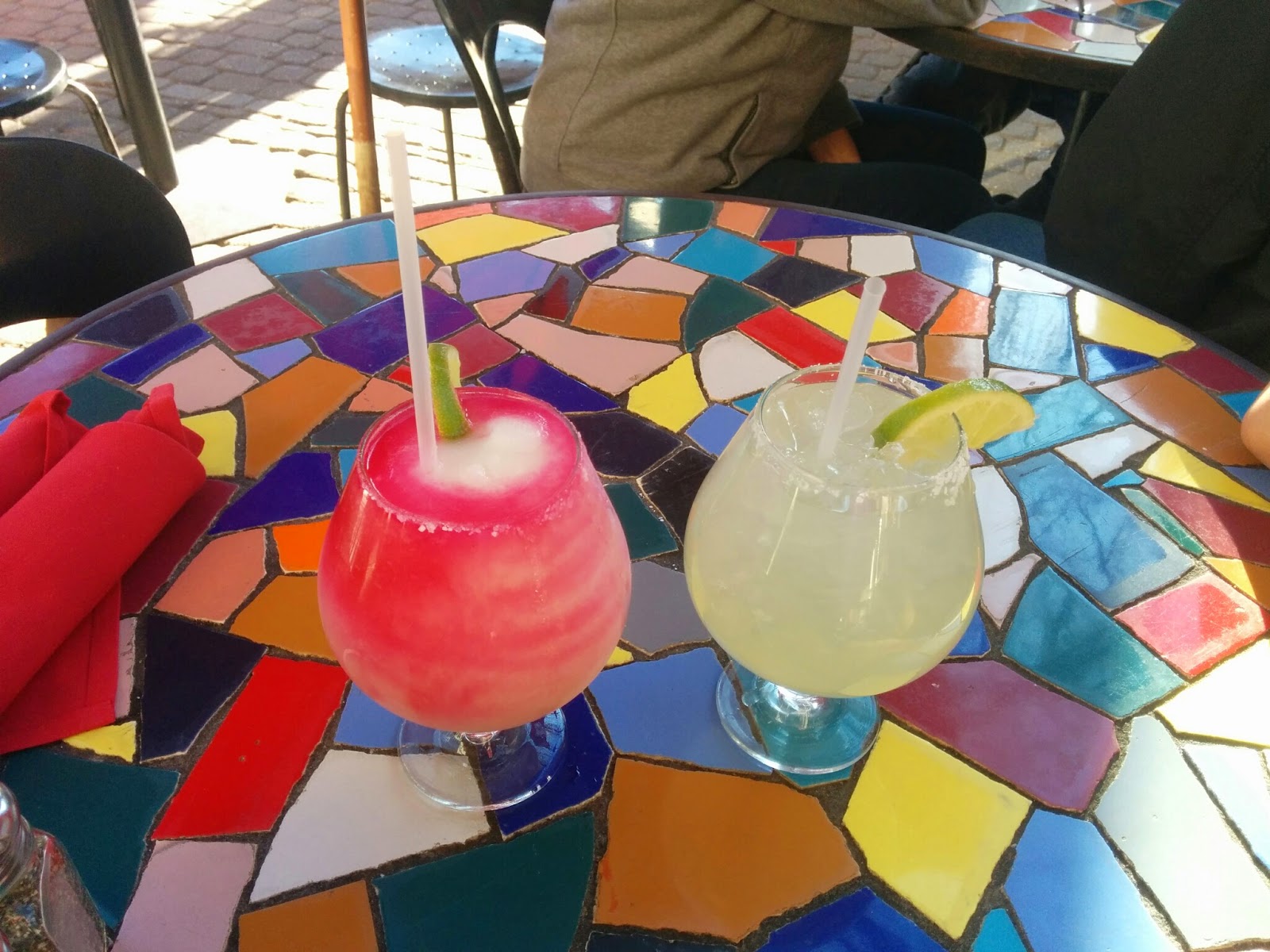 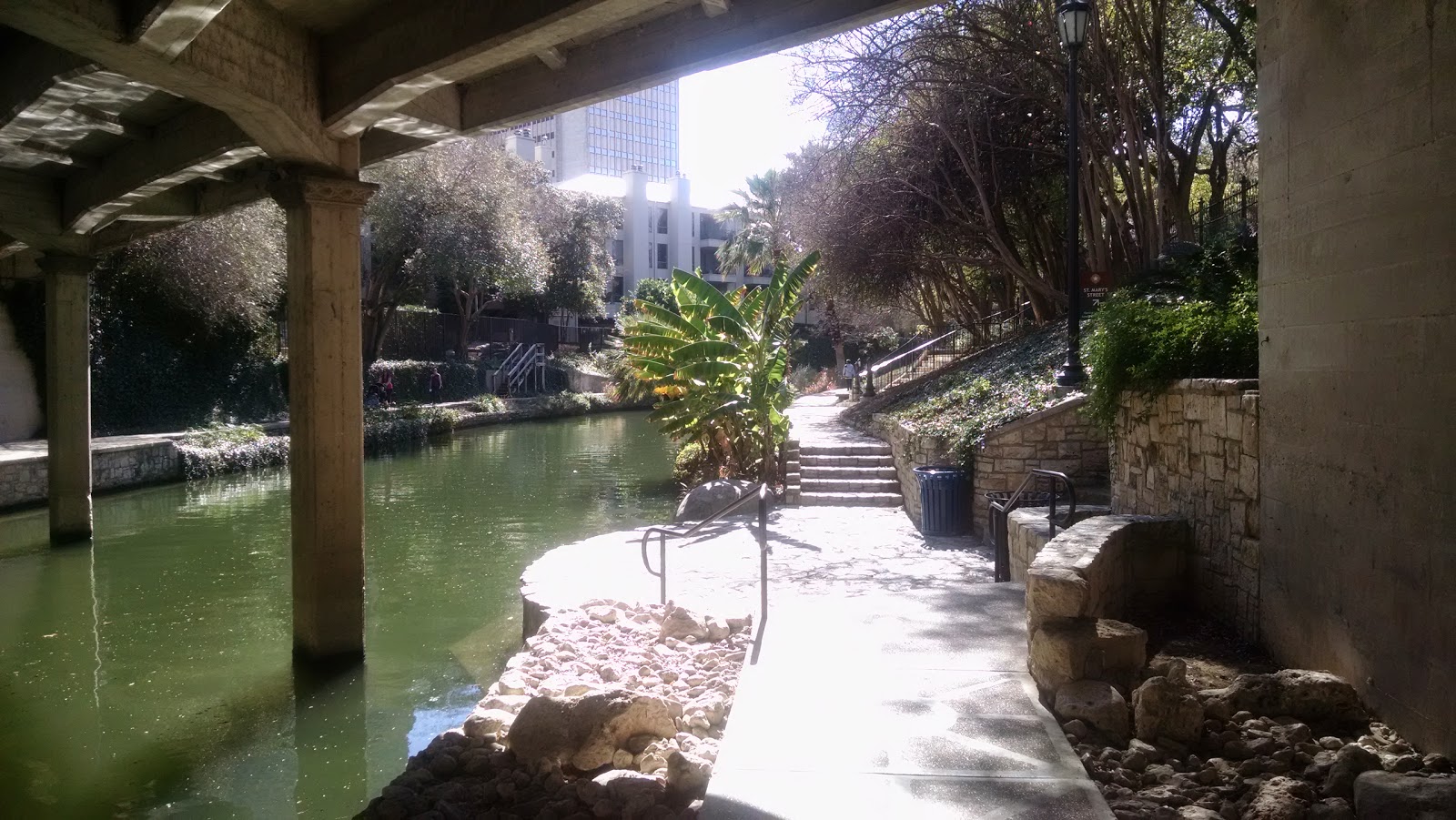 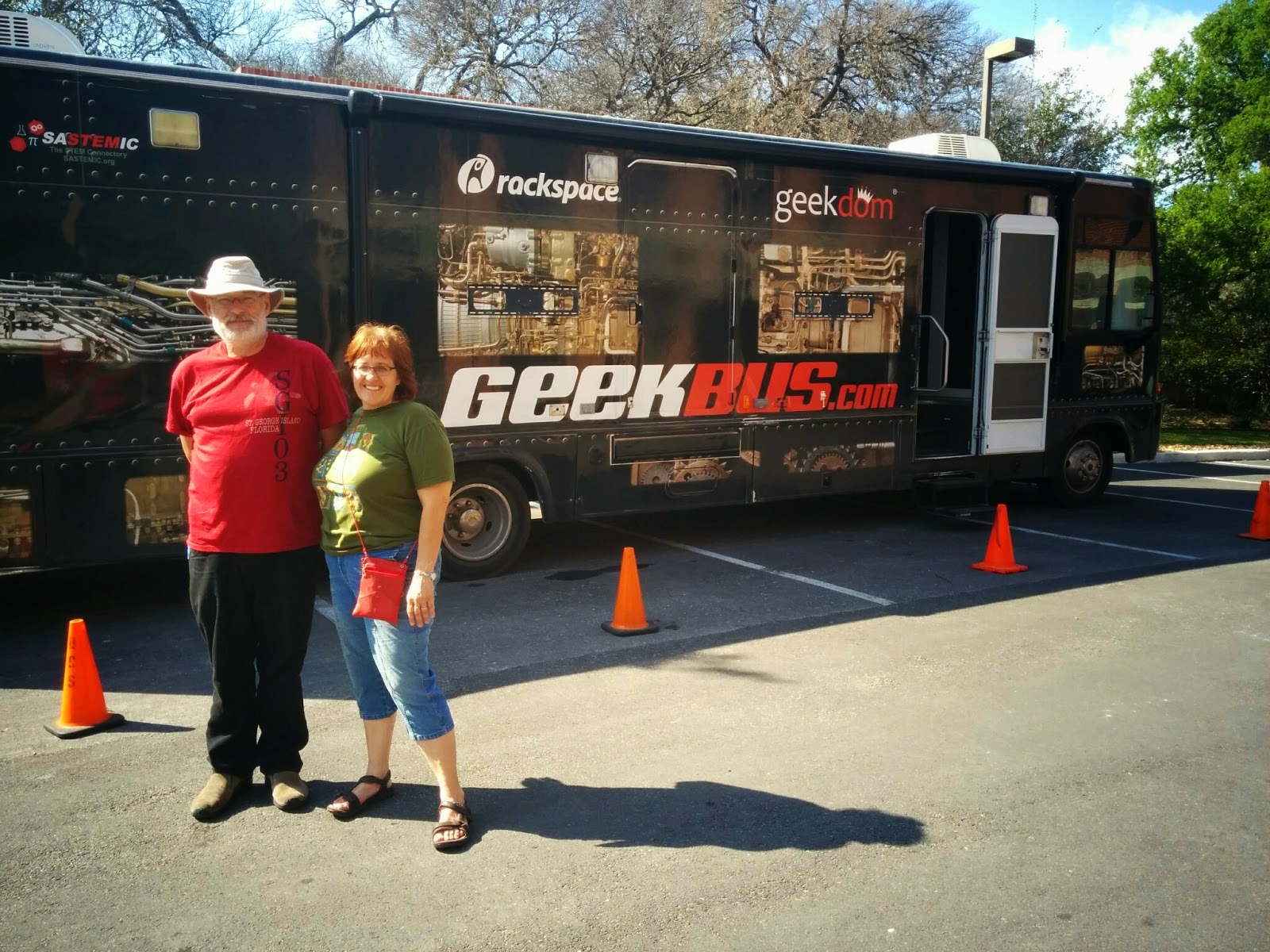 We also visited the Geek Bus, a mobile Maker Space where we were inspired by their technology and their mission to bring Maker creativity to schools in the area. 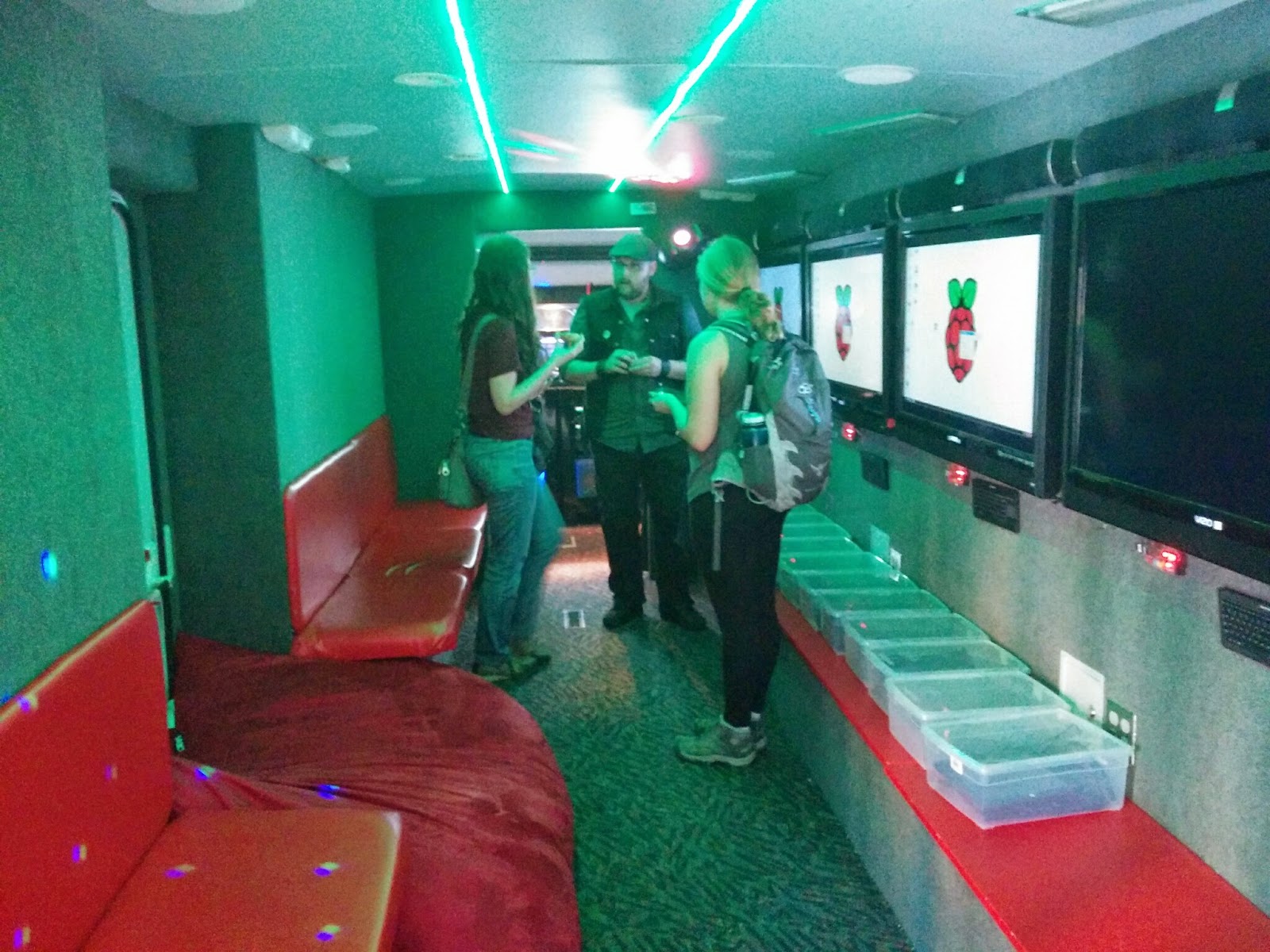 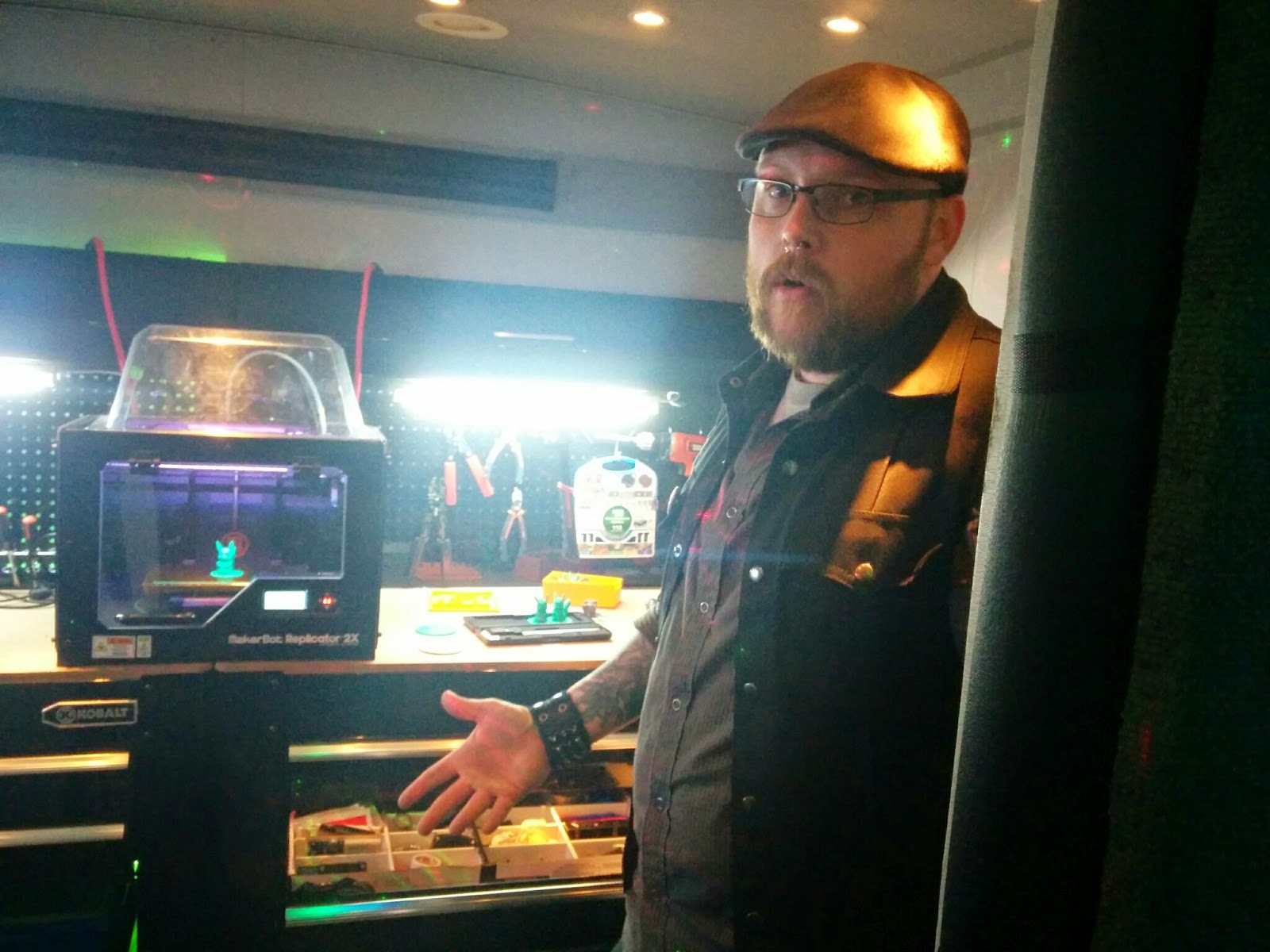 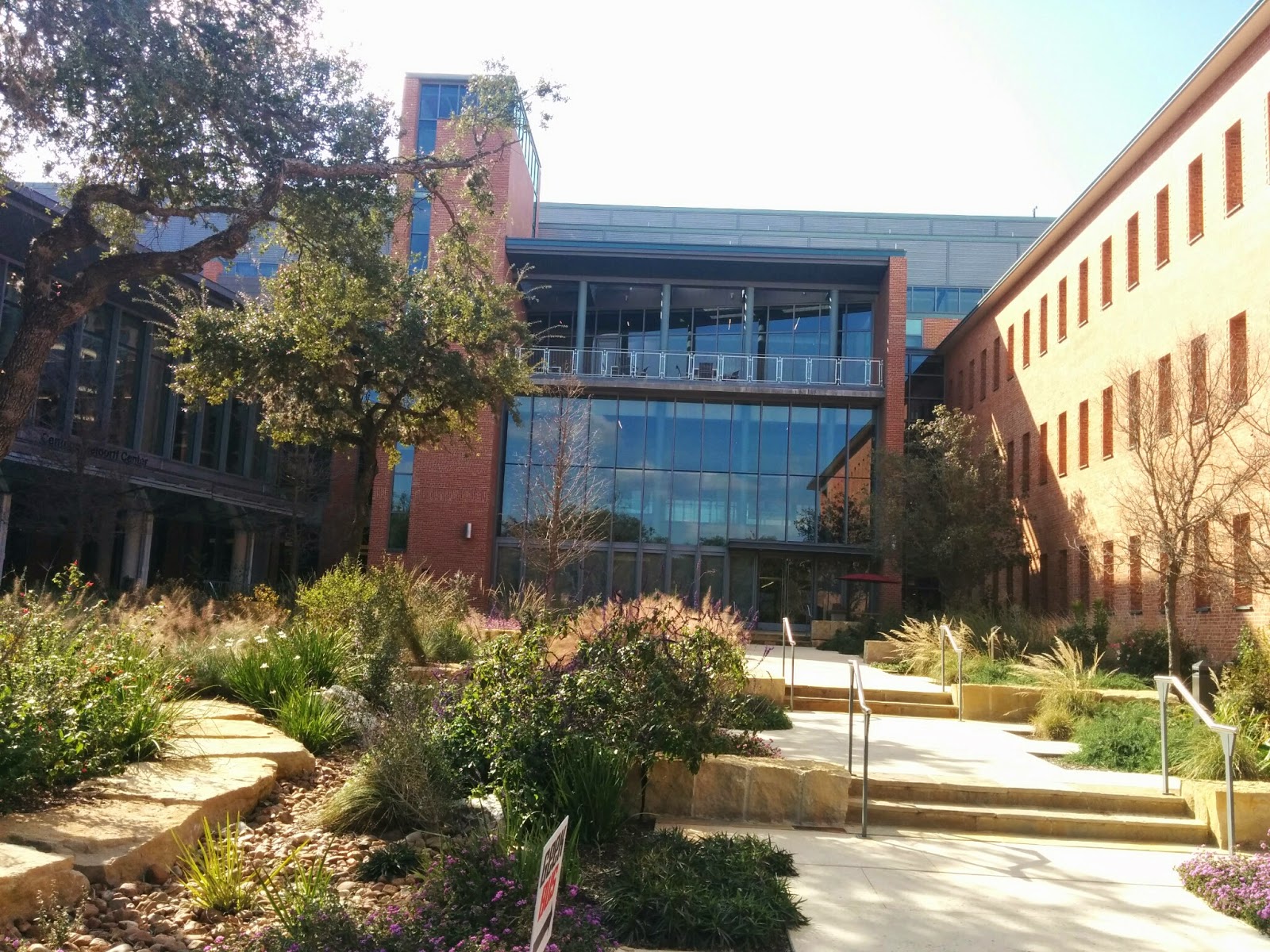 We caught up with the Geek Bus on the campus of Trinity University at a ceremony to mark the opening of a new Technology and Innovation Building. 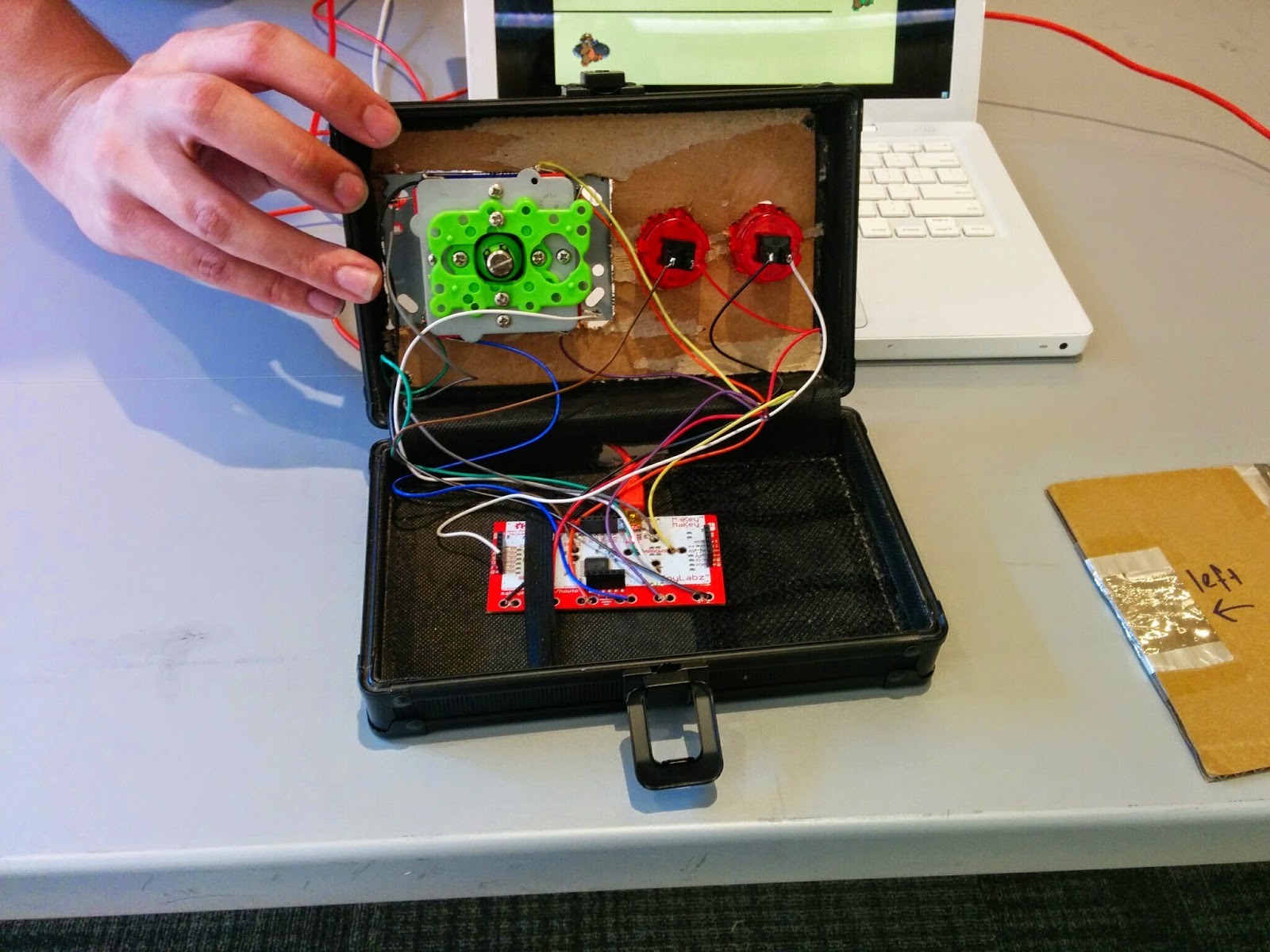 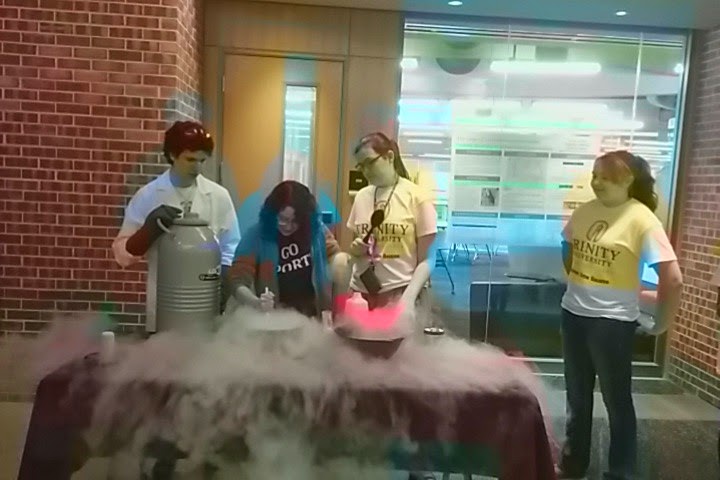 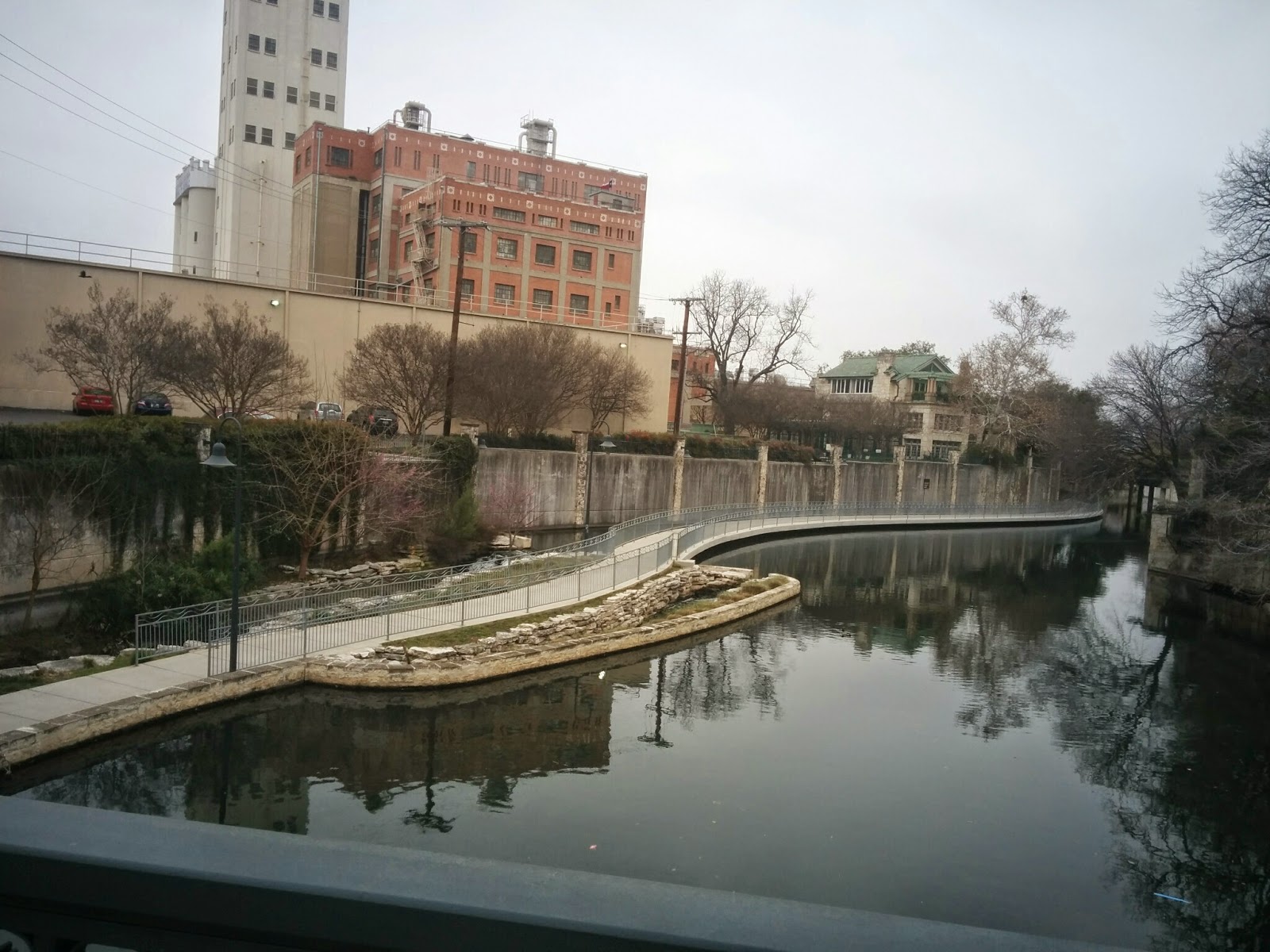 Then the weather turned cold and rainy.  We couldn't complain because back in Vermont they were in a deep freeze.  We continued our explorations of San Antonio but more along the lines of coffee shops and Pho soup. 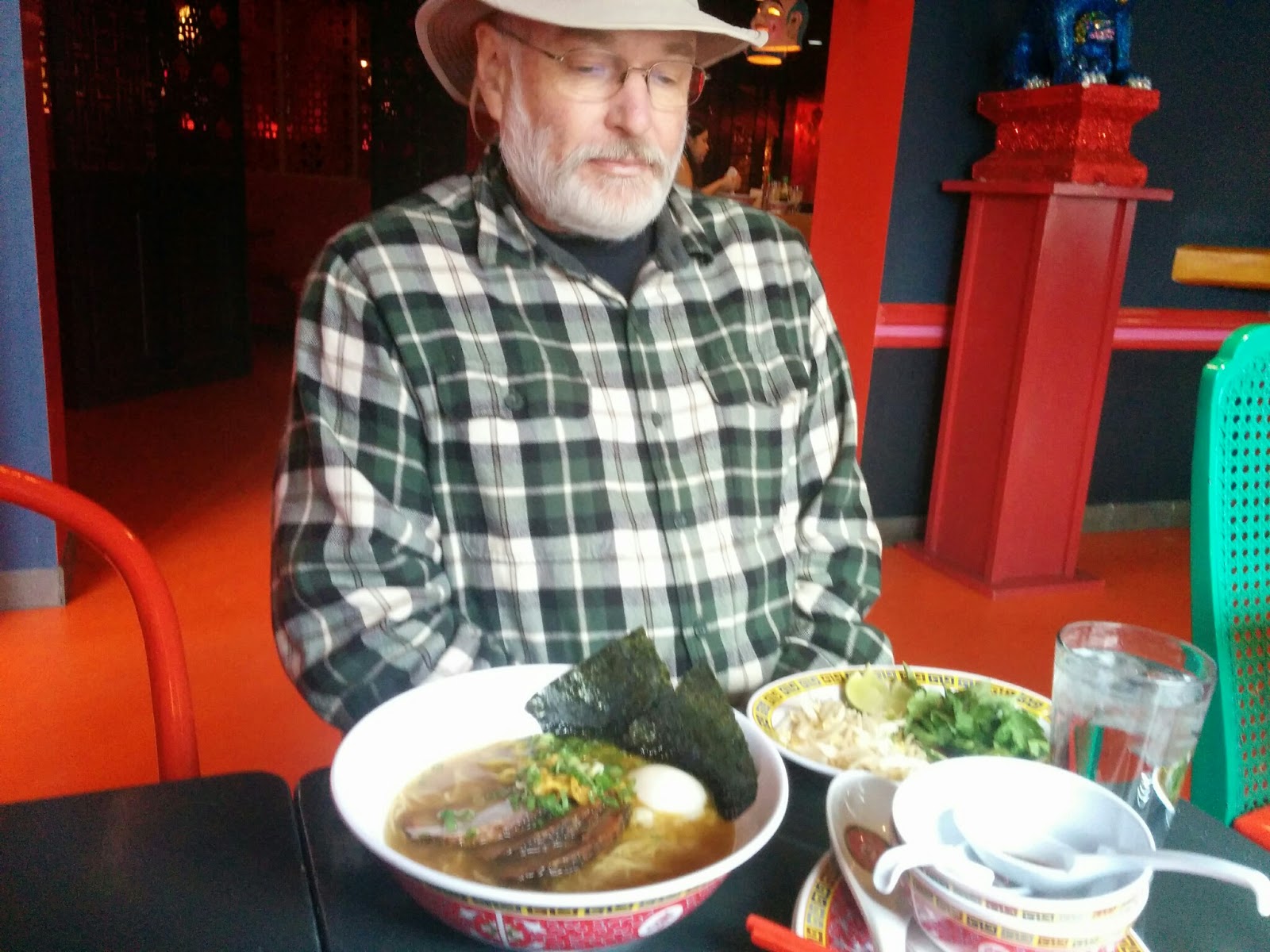 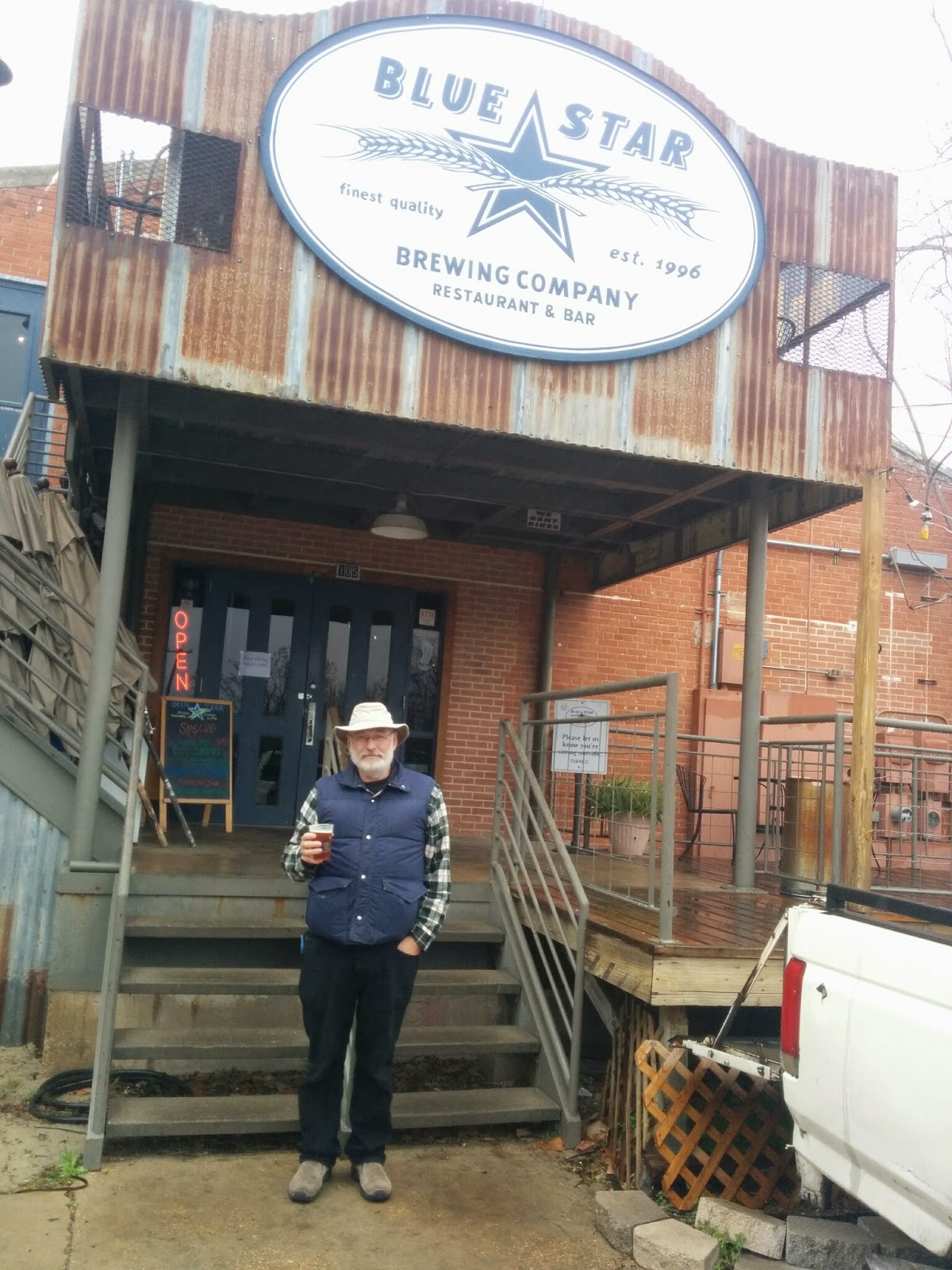 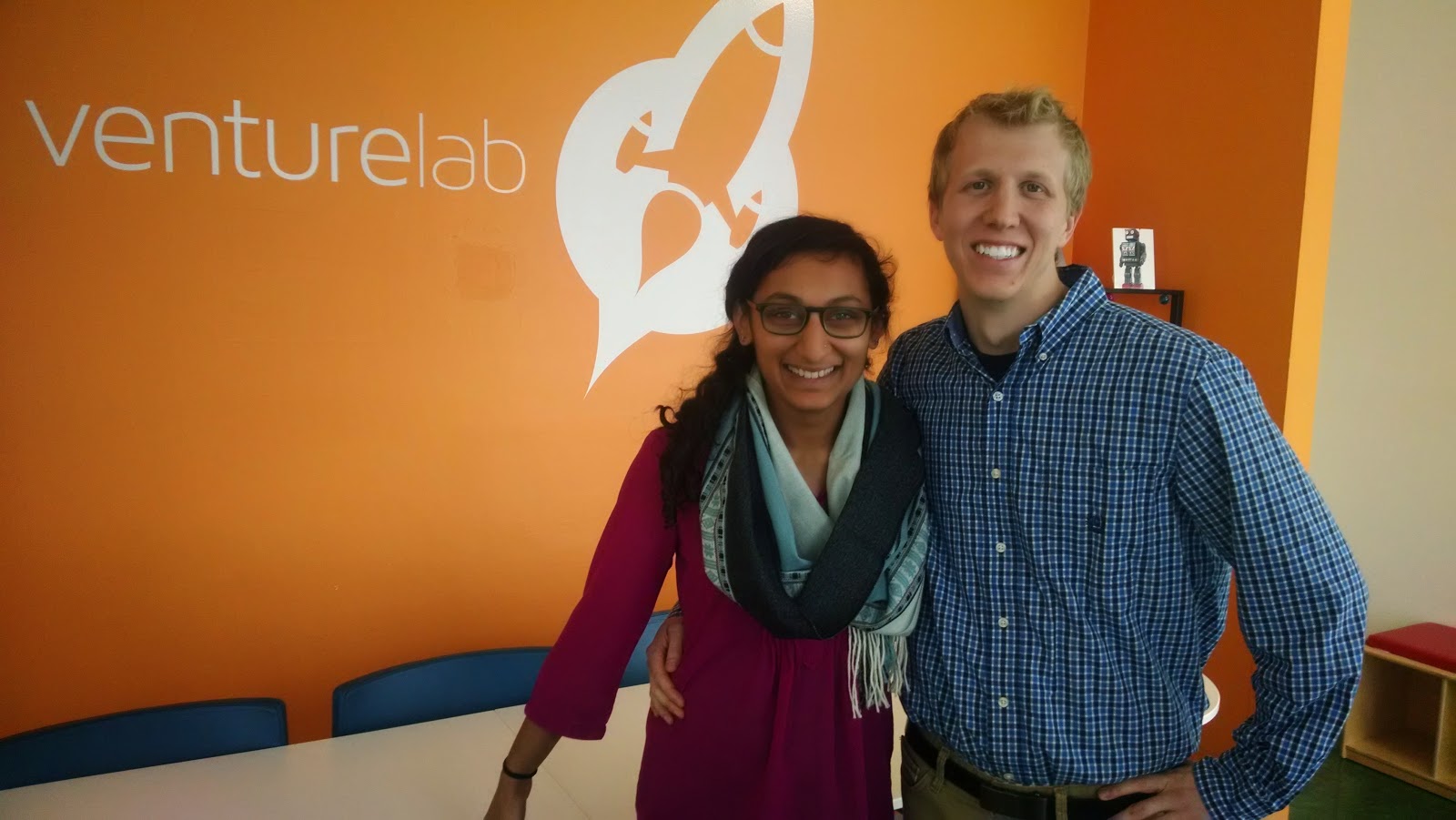 We visited the Venture Lab, a high energy organization that works to give young people the experience and skills to be creative, inventive and entrepreneurial.  Lucie wrote a blog post on our visit. 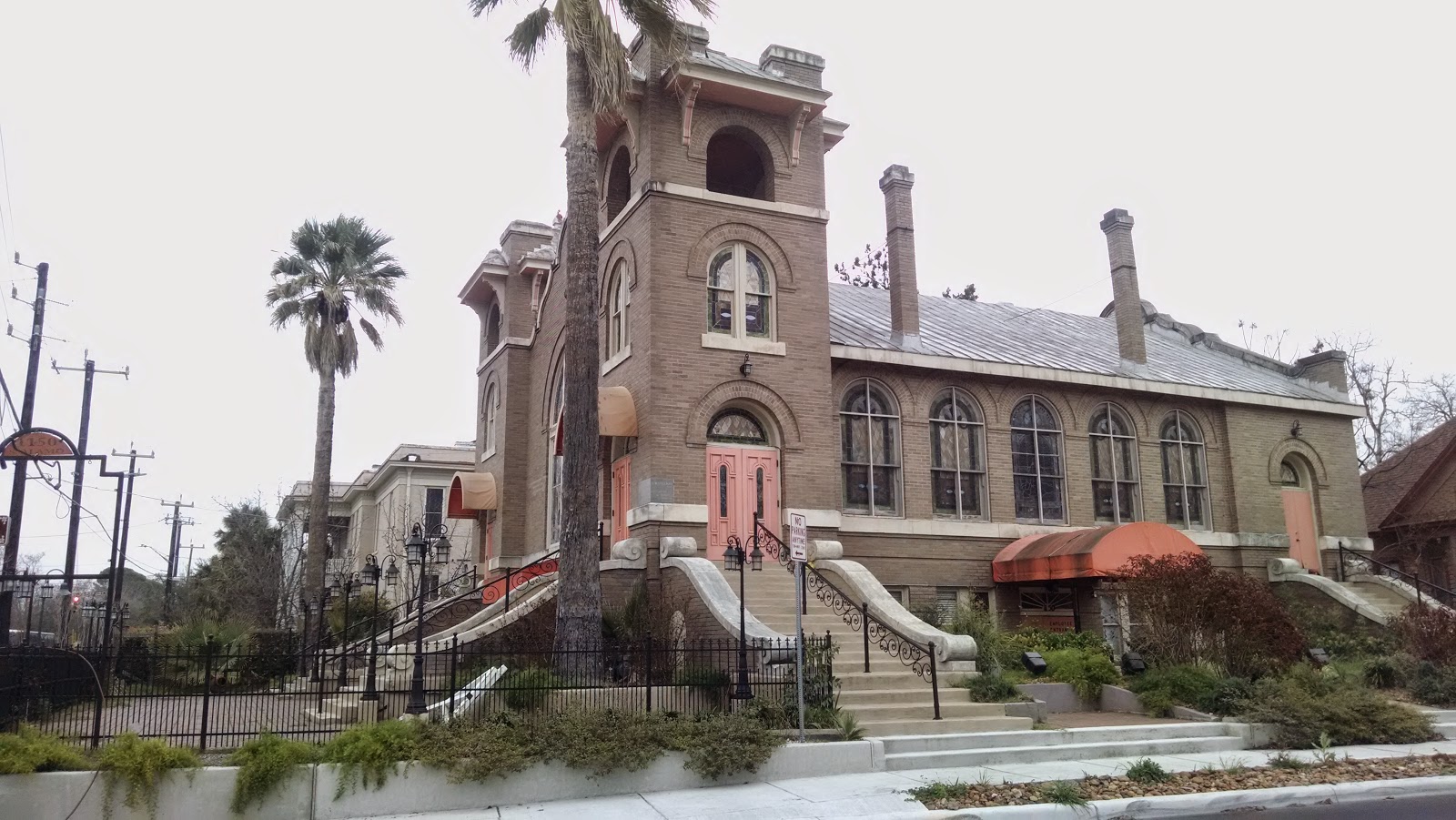 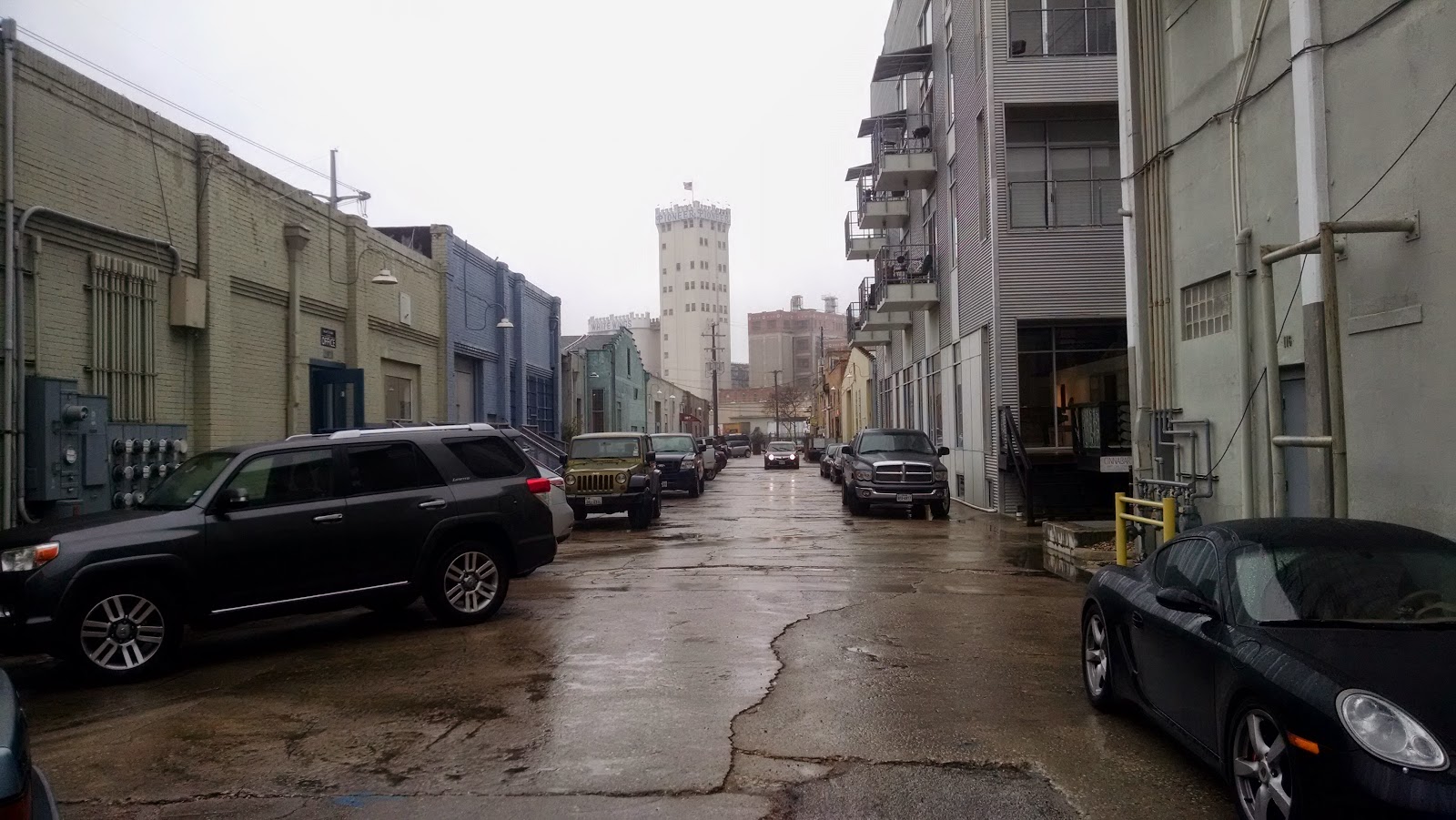 Places we explored in the neighborhood of the Venture Lab. 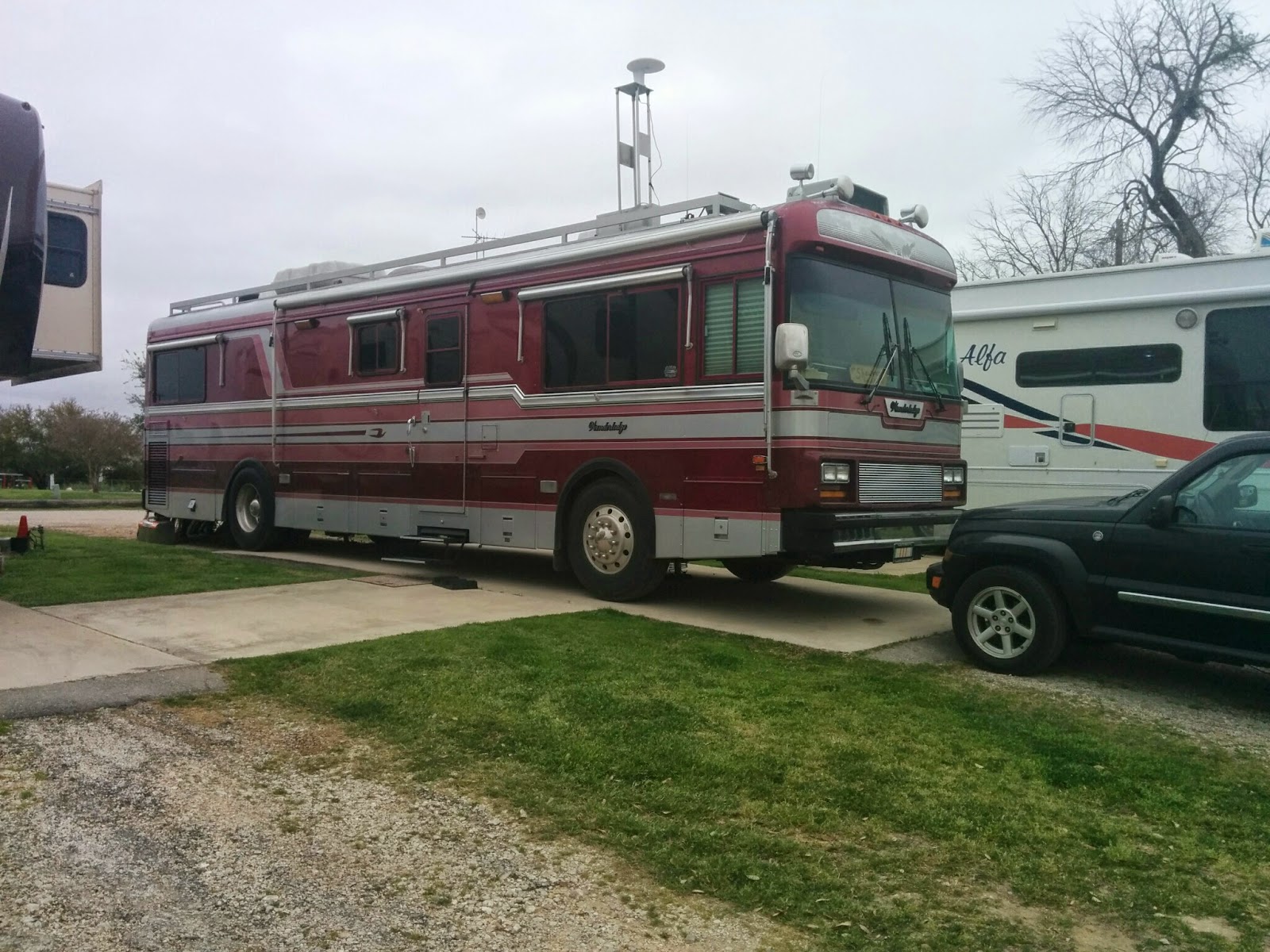 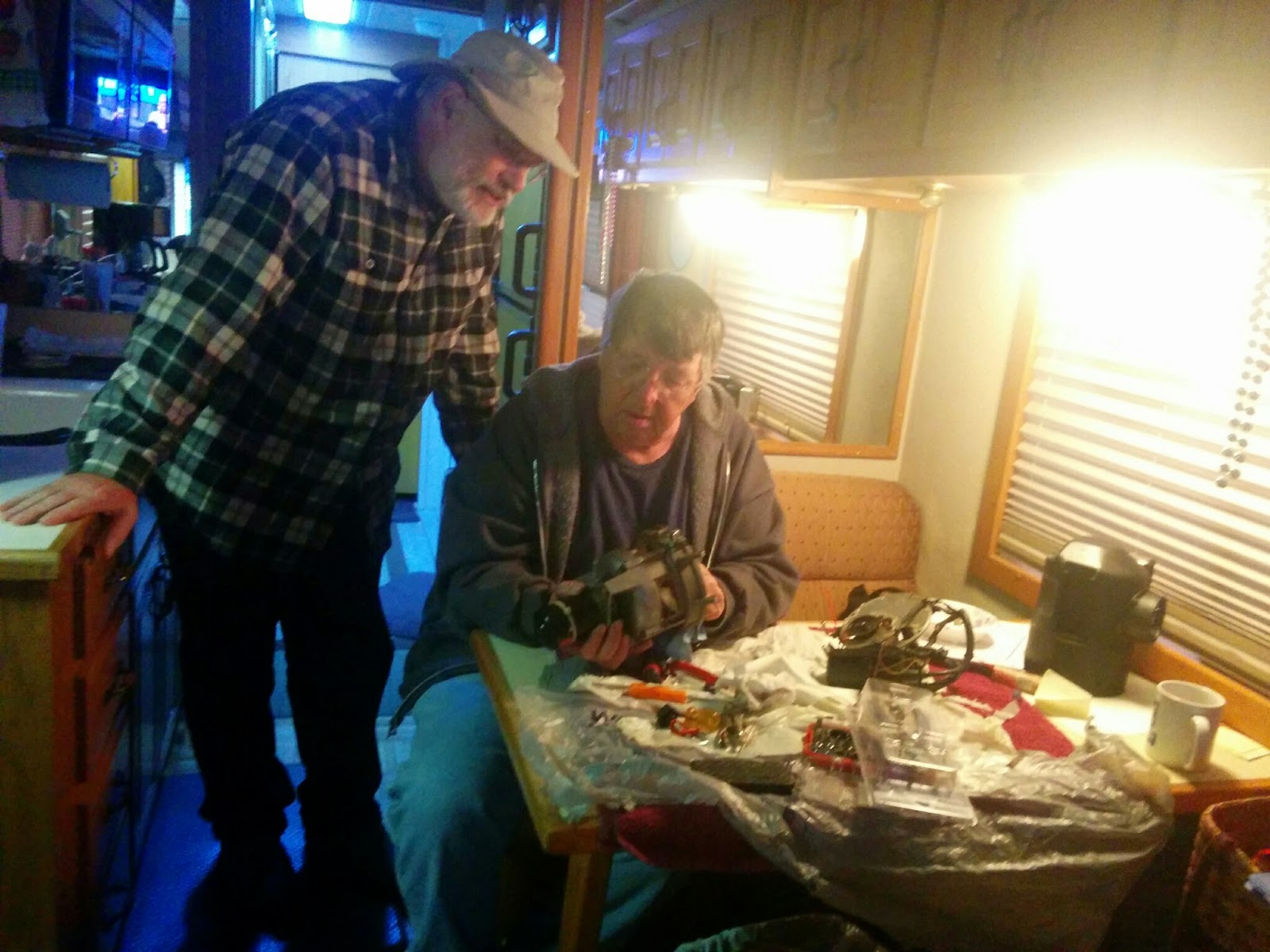 While we were at Braunig Lake we had some fellow Wanderlodge owners as neighbors.  Rick Shawver and his wife were just a few sites away from us.  Rick is one of the Wanderlodge experts on WOG.  I really enjoyed picking his brain and watching as he tinkered on his Wanderlodge.  He suggested that I clean all of the contacts from the battery bank to the alternator, which seemed to resolve the issue I was having with charging.  We were joined by a third Wanderlodge during our stay, owned by Mark and Donna Bragdon, on their way home with their second Wanderlodge!

The last couple of days we were in San Antonio our friends the Snows, who we had hung out with in Apalachicola, stayed at Braunig Lake.  We had a good time soaking in the hot tub with them after we had each done our exploring for the day.  We didn't get any pictures though!

Posted by clyndes at 1:48 PM
Email ThisBlogThis!Share to TwitterShare to FacebookShare to Pinterest